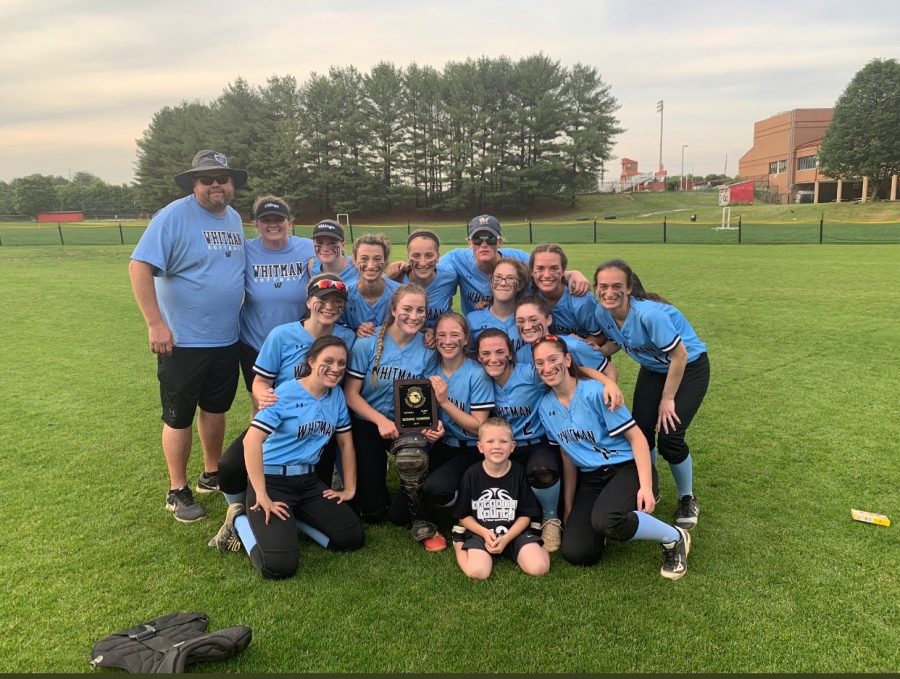 The softball team celebrates their first ever regional championship win over the Quince Orchard Cougars. Photo courtesy of the Whitman Sports Twitter.

The softball team (15–4) defeated the Quince Orchard Cougars (15–4) by a score of 4–1 in a nine-inning thriller to win their first ever Regional Championship.

First blood was drawn in the top of the ninth inning after a pair of great bunts from the Vikes. With fielding errors by the Cougars and a hit by sophomore Charlotte McNulty, the Vikes were up 4–0. That was all the Vikings would need to win, despite giving up one run in the bottom half of the inning, pitcher Riley Kuehn shut the door on Quince Orchard. Kuehn pitched the whole game and had 12 strikeouts.

The game ended in spectacular fashion as outfielder Anna Dicarlo caught a flyball and threw out the runner at first for a double play.

After the final out was recorded, the team celebrated their huge win and received their plaque to commemorate their 4A West Regional title.

‘We’ve just had a great overall season and it felt so satisfying to win,” second baseman Susannah Gordon said.

The team next plays the Glen Burnie Gophers (9–1) Tuesday, May 21st, at the Bachman Softball Complex at 7pm.