The Black and White • May 19, 2019 • https://theblackandwhite.net/64273/sports/baseball-beats-clarksburg-6-2-to-win-first-regional-title-in-school-history/ 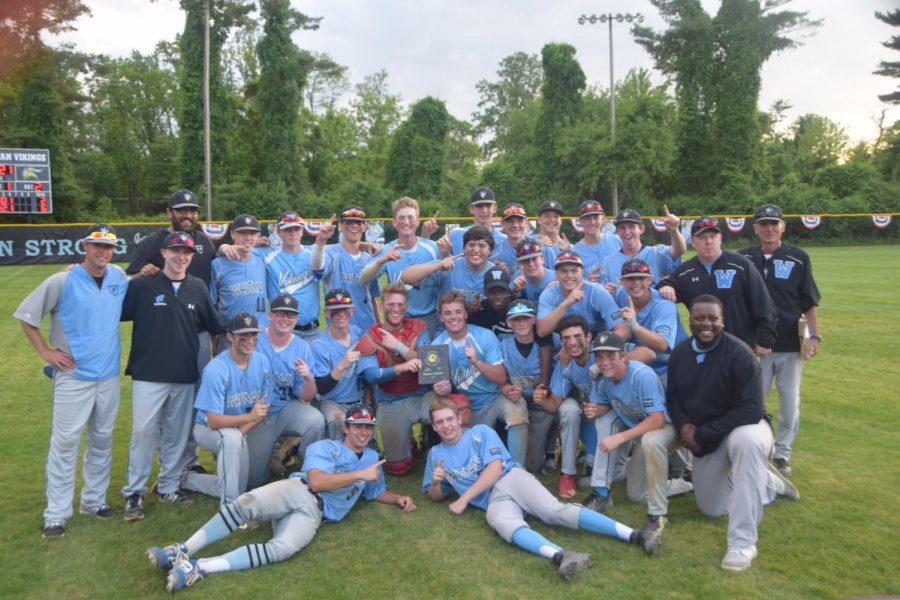 The baseball team celebrates their 6–2 win over the Clarksburg Coyotes to advance to the state semi-finals for the first time in school history. Photo courtesy of Joey Sussman.

The baseball team (16–2) defeated the Clarksburg Coyotes (11–7)  6–2 Friday after a dominant pitching performance from Zach Werkman.

Werkman went all 7 innings, allowing four hits and one earned run while walking 3 batters and striking out two.

“It felt amazing to have a big performance and come through in a big game,” Werkman said. “I’m thankful that I have a great defense to back me up on the mound.”

“It’s a great accomplishment to win our first regional title for our coach,” Werkman said. “I think we’re fully capable of winning states since we have a great team in all aspects of the game.”

The team next plays the Old Mill Patriots (15–8) Tuesday, May 21 in the state semi-finals at Shirley Povich Field at 7 pm.