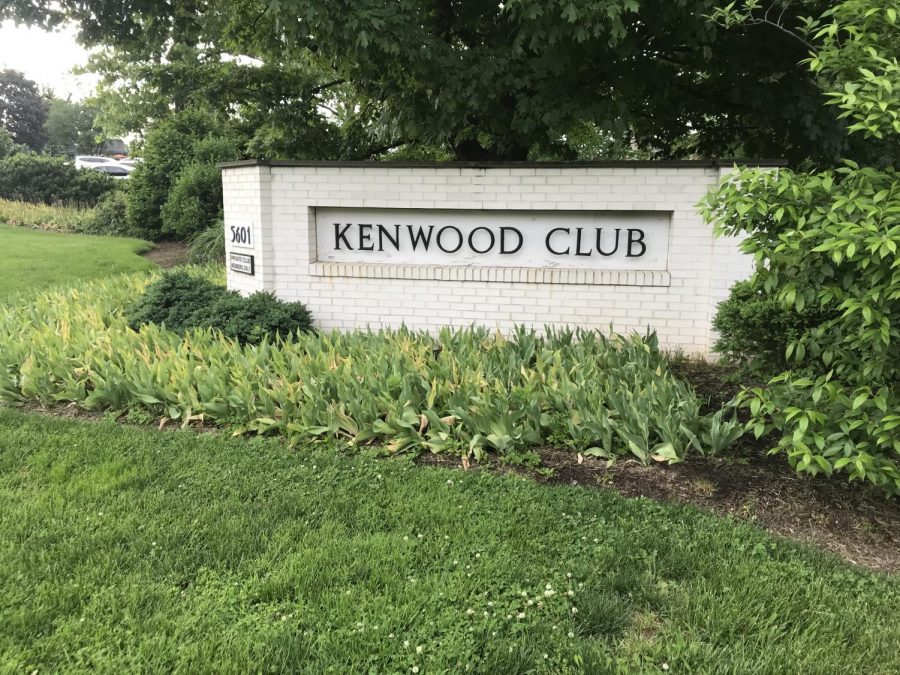 Kenwood Country Club is one of the clubs that would have been affected by Del. Moon’s proposed Maryland House bill #176, which would tax the four richest Montgomery County country clubs closer to the market rate. This bill’s revenue could have provided additional funding for our schools—but all three delegates from Bethesda voted against it, and the bill failed 11-13 in a Feb. 3 vote.

Reanne Townsend has been standing in the freezing February cold outside the Columbia Country Club for eight hours. She’s here with the Democratic Socialists of America, protesting a decades-old policy that taxes country clubs at only $1,000 per acre, substantially less than market price.

Townsend’s Feb. 2 protest supported Del. Moon’s proposed Maryland House bill #176, which would tax the four richest Montgomery County country clubs closer to the market rate. This bill’s revenue could have provided additional funding for our schools—but all three delegates from Bethesda voted against it, and the bill failed 11-13 in a Feb. 3 vote.

Bethesda voters should reproach Mr. Korman, Ms. Kelly and Ms. Love, their three representatives to the House of Delegates; their votes showed that they care more about rich golfers than students. In addition, should Moon reintroduce the bill in a later session—which he has suggested he will—these three delegates should support it.

Crucially, this bill came amidst budget troubles for the county. The county is required to have a balanced budget, and this year, County Executive Marc Elrich’s recommended budget grants MCPS $14.5 million less than the Board of Education requested.

Educators are not thrilled with this development. Following the discovery that Montgomery County schools have abnormally high levels of lead in drinking water, the county estimated that it would cost $9 million to solve the problem. The necessary $9 million has not been added in Elrich’s budget. With the current budget, non-essential programs aimed at increasing equity, like funding after-school activities in low-income schools, are also at risk for losing funding.

Retired county employees have also taken aim at Elrich’s budget, which diverted $90 million from their retiree health benefits fund. As it stands, the fund is only 24% financed.

A higher tax on country clubs can’t completely solve the shortfall, but it could bring in about $10 million per year, according to the Maryland Office of Legislative Oversight. At a time when everyone’s tightening their belts and the county is moving toward austerity, it’s absurd that wealthy clubs get to maintain their exemptions.

Opponents of the bill argue that it unfairly targeted just four country clubs. Instead of taxing every country club at the market rate, the bill levied a substantially lower $100,000 fee on the four clubs with land values over $500,000 an acre—Columbia Country Club, Bethesda Country Club, Kenwood Golf and Country Club and Chevy Chase Club. But that’s only because previous bills, which targeted all country clubs in Montgomery County equally, failed; this bill isolated the burden to only the wealthiest of the wealthy, clubs that surely could afford to pay. Lobbyists for the country clubs argued that both the previous and current bills would bankrupt clubs, leading to worker layoffs and loss of green spaces. They claimed that once country clubs are gone, the land will be used to build houses, leading to urban sprawl—the uncontrolled expansion of urban areas.

There are several problems with these ideas. First, most of the clubs wouldn’t fail, especially in the case of the second, more watered down bill. Clubs have very high initiation fees—the Chevy Chase country club, for example, has a $92,000 initiation fee and an annual membership fee of $9,000. If regular people can afford the taxes, country clubs can too.

But secondly, even if the clubs were to go out of business, losing the “green spaces” would not be such a disaster. As it stands, those spaces are not available to the public, with the high fees keeping them inaccessible for the vast majority of the county’s population.

That’s not to mention the environmentally damage caused by these country clubs. The high water demands and heavy use of pesticides make them less like harmless green space and more like a polluter.

Moon introduced the bill because, like many in the county, he doesn’t believe country clubs should get off easy while everyone else has to make sacrifices. At a time when we need the money for our schools and public servants, country clubs should be paying their fair share.

Mr. Korman, Ms. Kelly and Ms. Love, if you cared about our county, you’d have voted in support of this bill. Instead, you chose to defend the ultra-rich at the expense of our county’s most vulnerable. When Moon and the bill’s other supporters renew their fight to hold country clubs accountable, don’t repeat your mistakes.