The Black and White • May 10, 2019 • https://theblackandwhite.net/63970/feature/students-take-advantage-of-whitman-connections/ 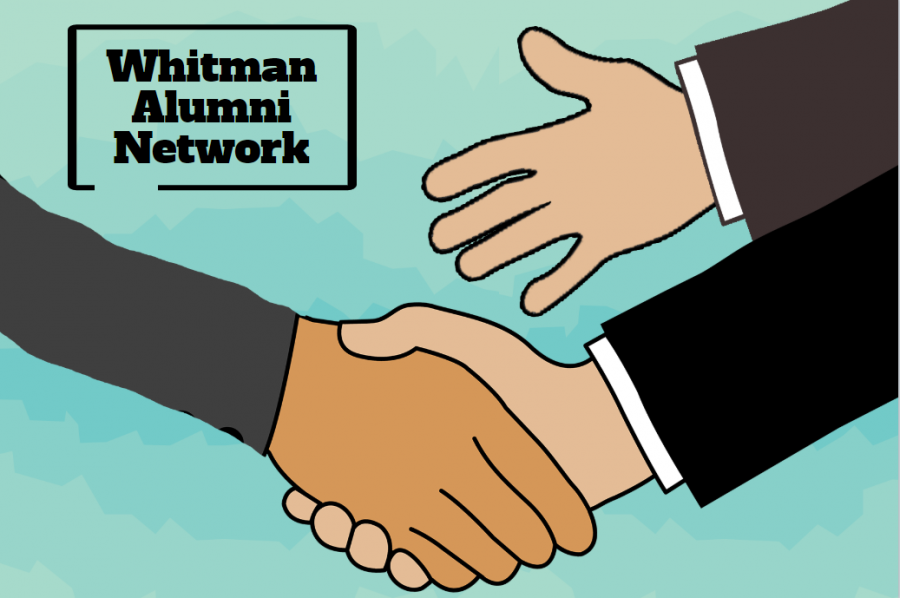 By Max London and Meera Dahiya

After sixth period, senior Eric Paxson drives straight to his internship at 3 Bethesda Metro Center. His work with the Consero Group—a business management consultant firm—is a major change from his work in the classroom; he’s learned to research for new marketing strategies, experienced working in an office and met mentors in the business world. But he wouldn’t have had this opportunity if it weren’t for connections that he’s gained from Whitman.

Many Whitman students benefit from a strong network of parents and alumni. Whitman parents, many of whom work in the D.C. area, often have connections and can help students arrange interviews or even offer positions for interns. About seven to eight parents and five alumni regularly offer students business internships, and about 15 percent of science internship positions come from parents or alumni, science internship coordinator Kelly Garton said.

“At places like NIH, it’s really competitive to get an internship,” Garton said. “When a parent knows someone who works there or works there themselves, it definitely gives students an edge and an opportunity that they might not have gotten in the first place.”

For high schoolers looking for an internship or job, listed requirements can restrict opportunities; for many jobs, like interning in congressional offices, position descriptions state that applicants need to be at least 18 years old. But when parents get involved, connections can override these barriers.

Although this helps Whitman students, connection-based internships put students at less affluent schools at a disadvantage, according to Forbes. Having a Whitman connection gives students an edge and blurs the merit-based system.

NIH is hoping to make its internship process more merit-based to ensure all students have a fair chance. This summer, all applications will go through a central, neutral committee that decide which students will get internships, Whitman science department head Donald De Member said. However, he is unsure if the process will remain the same next fall, because some students have already secured internships for next year, he said. He also expects most Whitman interns to be approved by the central committee even without connections.

Senior Ryan de Lissovoy interns at a cancer lab at NIH where at least two Whitman students intern each year: a senior and a junior. The lab draws solely from Whitman to replace the junior once the previous year’s becomes a senior and the previous senior graduates. He appreciates the opportunity to learn from professionals, see interesting lab work like autopsies and gain real-world experiences, and he says that NIH shouldn’t switch to an only merit-based system.

“I don’t think a merit-based system is necessary,” de Lissovoy said. “They could lose out on a lot of people, and all of the applicants are talented, regardless of if they have connections.”

Some Whitman parents, like Paul Mandell, offer internships specifically to Whitman students or prioritize Whitman students’ applications. Every semester, Mandell offers one Whitman senior a position at his company, Consero.

“I’ve really enjoyed having interns from Whitman,” Mandell said. “I feel strongly about giving students the chance to develop practical skills and knowledge outside of the classroom.”

At Consero, interns do work with finance, sales, marketing and human resources, Mandell said. Students are exposed to multiples areas of corporate work, giving them the opportunity to explore different career paths.

“People and companies in our area know that Whitman students have a strong work ethic,” Marafatsos said. “Most Whitman alumni and parents say they’re happy that they brought on students from our school.”

For students, internships and other work experience while in high school can offer a head start on building a resume and learning about different jobs. While grade point average is influential, the total number of internships a student has completed while in an undergraduate program is a major predictor of early career success. Paxson has learned a lot from his internship, he said.

“It’s been a great experience just working in an office and working with people who are in business and know what they are talking about,” he said.