The Black and White • April 30, 2019 • https://theblackandwhite.net/63954/news/photo-captioned-with-n-word-spurs-hate-bias-investigation/

Students post on social media in what appears to be blackface 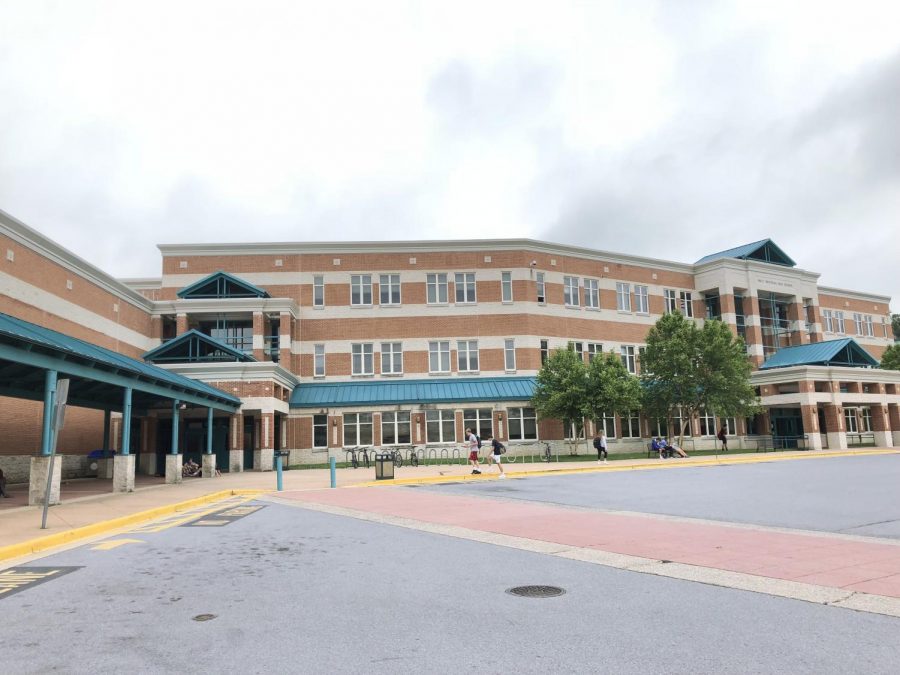 Two students posted a photo on social media wearing splotches of a black facial mask captioned with the N-word. Police officials are investigating the photo as a hate-bias incident.

Two Whitman students posted an image of themselves wearing splotches of a black facial mask on a private social media account last weekend, captioning the photo with the N-word. The picture was widely shared online and reported to the Montgomery County Police, who are investigating the matter as a “hate-bias incident,” according to the email principal Robby Dodd sent to the Whitman community yesterday afternoon.

The students who posted the photo will receive “significant consequences,” Dodd’s email said, though their actions were determined not to be criminal.

National and local news sources, including WUSA, Bethesda Magazine, NBC Washington, The Washington Post and Fox 5 DC have covered the incident, and several reporters visited the school yesterday afternoon and again this morning.

Today, Dodd met with MCPS officials to discuss racial intolerance at Whitman and to develop a plan to address “racism, organizational inequities, and cultural proficiency,” his email said.

“Every student deserves to feel like Walt Whitman is their school,” Dodd wrote in his email. “Acts of racism are unacceptable and will not be tolerated at Walt Whitman.”

Though many students were appalled, some weren’t surprised. This year, a student used the N-word on social media and another student used the word as part of his Kahoot name. Winston Churchill High School also recently made national news when students distributed “N-word passes” at school.

“The saddest part is that I wasn’t altogether shocked by the incident,” junior Khanya Dalton said. Dalton is a member of the Minority Scholars Program. “It’s a product of the environment that the Whitman community has created. If you don’t stand up for minority students—if you marginalize their voice—then things are going to get more and more extreme.”

This week, students in MSP are leading presentations for all students about struggles of inequity and prejudice that minority students have faced. Last weekend’s photo starkly contrasts with MSP’s message.

“I was horrified,” junior Eve Gold said. “The fact that this happened in a place that’s supposed to be so accepting and welcoming of people of all different ethnicities and orientations—it’s not good.”