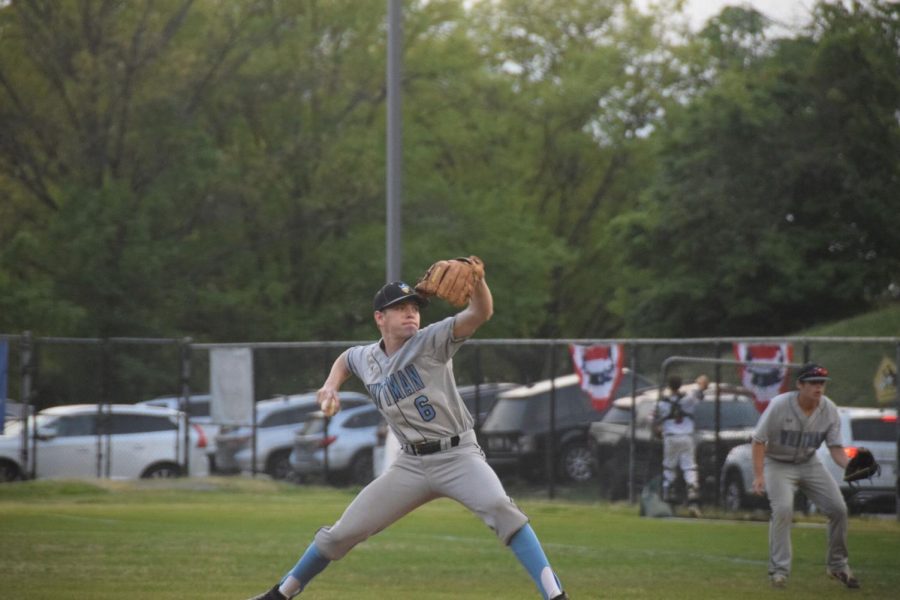 Senior Zach Werkman strides to the plate to throw a pitch in the Vikes 7-6 win against the Patriots. Photo courtesy of Joey Sussman.

The baseball team (10–2) edged out the Wootton Patriots (9–3) 7–6 Wednesday in an exciting extra inning win.

The Vikes fell behind early in the game, finding themselves in a 3–0 hole by the top of the third inning. But in the bottom of the third, the Vikes started to battle back. First baseman Weston Weilminster hit a sacrifice fly to score shortstop Matt Ryan and left fielder Sam Mermelstein scored off a wild pitch after he tripled.

The Patriots scored three more runs in the top of the fifth to extend their lead to 6–2. The Vikes pulled within two runs before catcher Jack Ryan tied the game with a two-run home run.

Competitive pitching on both sides kept both teams off the board until the tenth inning, when pinch hitter Bennett Solomon hit a walk off single to win the game, scoring center fielder Justin Carboni.

Bennett Solomon is a sports writer for The Black & White.