The Black and White • April 8, 2019 • https://theblackandwhite.net/63775/opinion/blogs/shamrock-fest-fun-festive-and-fantastic/ 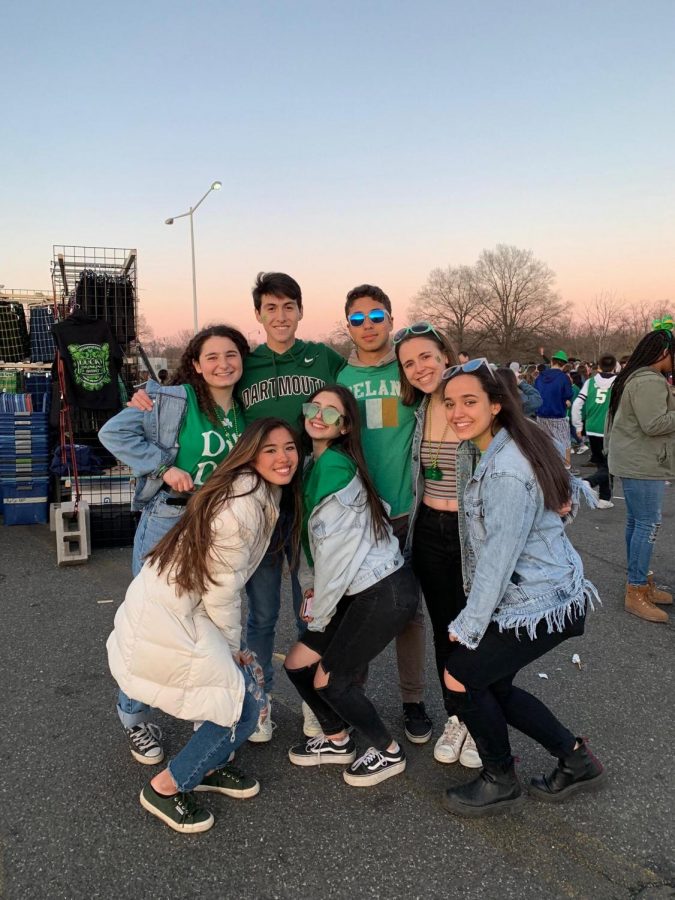 By Danny Donoso and Mateo Gutierrez

The fact that we have a combined total of zero Irish ancestry in our respective family trees didn’t stop us from celebrating St. Patrick’s Day. We decided to explore the buzz surrounding the Shamrock Festival on March 23 to see if it lived up to its hype.

The annual music festival attracts hordes of Montgomery County students. At Whitman, it’s a tacit tradition for many juniors and seniors to attend the event.

When we arrived at the Shamrock Festival, the atmosphere was electric. Right outside of RFK Stadium in South East D.C., the venue was brought to life with loud music, Irish dancing, streets lined with food trucks and tents selling kilts.

With three stages playing different genres of music, Shamrock had something for everyone. Two stages, about a hundred yards apart, featured Irish music, one with traditional songs catering to the “jiggers” and the other with organic Irish rock songs. The third stage, standing opposite the Festival from the others, appealed more to the younger generation, with DJs blasting EDM music.

Shamrock Fest started at noon and went till 8 p.m., making the event a day’s worth of Irish celebration. At around 2 p.m. high school students—decked out in Celtics jerseys, punny St. Patty’s Day shirts, and pretty much any green accessory they could find in their closet—began to pour in.

Most students congregated around the EDM stage, forming a mosh pit. The DJ kept the audience entertained and the ambiance lively. Going beyond just pressing play for a song and occasionally mixing some beats, the DJ hyped up the crowd, yelling, “How are we doing Shamrock?”

In addition to the dancing, we loved having the opportunity to engage and learn about Irish culture. We listened to some of the music popular in Ireland and saw traditional Irish clothing, including cardinal red plaid kilts and leaf green scarfs. Seeing the familiar faces of peers created a comfortable and safe environment for students to have fun and dance. The relaxed atmosphere also made for a great place to meet new people from schools around the D.C. area.

The customer service at Shamrock was superb in assisting festival goers. When Mateo lost his phone while dancing in the mosh pit, we thought it was gone forever. But soon after, an organizer of the event directed us to the customer service tent and, sure enough, they had his phone in a lost and found box filled with personal belongings. After Mateo described the lock screen image to verify that the phone was his, we recovered the phone and were back to the Festival in under 20 minutes.

Overall, Shamrock Fest was truly a success. From the electric and comfortable atmosphere to its excellent organization, Shamrock Fest followed through on the promise of balancing Irish culture with fun for a younger generation. We highly recommend you attend next year—whether you’re fond of Irish dancing or simply a high schooler looking for a lively weekend.