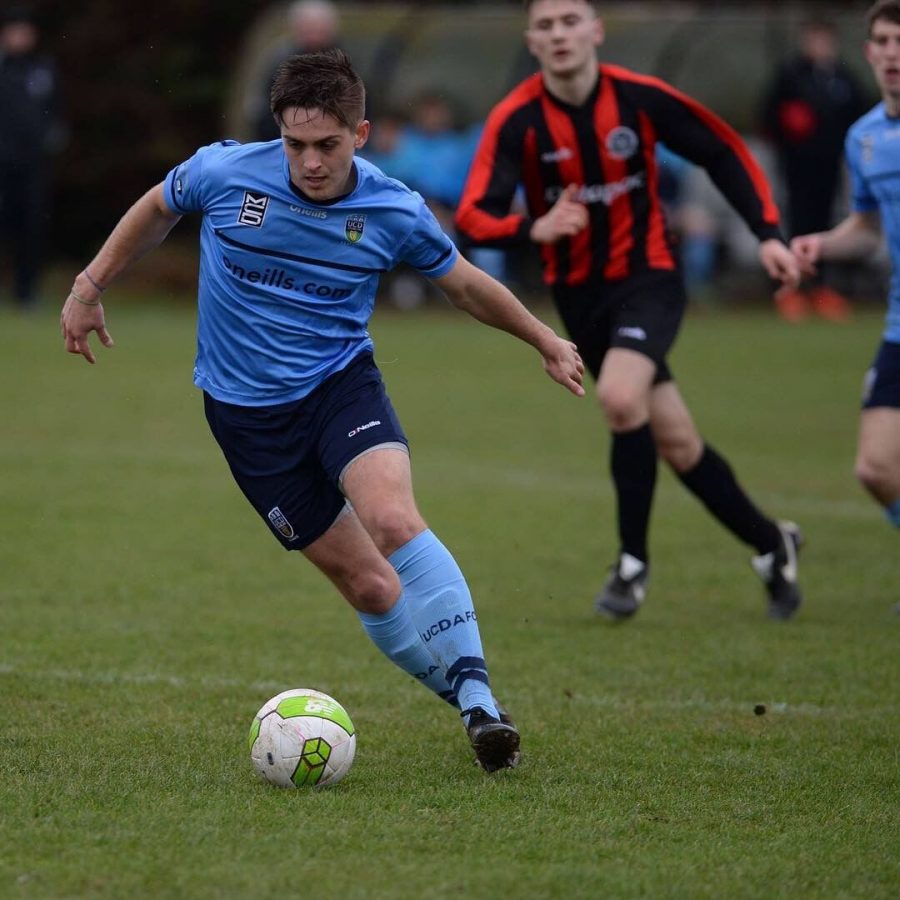 After playing at Whitman, Djurhuus received a scholarship to play soccer at American University his freshman year. From there, he transferred to University College Dublin, where he plays on the UCD Association Football Club. The team, called the Reserves, competes in Ireland’s Leinster Senior League, which is known as Ireland’s third level professional soccer league and is composed of 14 Irish soccer clubs.

Ireland lacks a collegiate level for soccer, so schools create independent clubs to play against professionals in different leagues. Out of 90 people who tried out for the UCD Reserves in September, Djurhuus managed to earn his spot on the final squad of 22 players.

Although he’s not currently getting paid, Djurhuus hopes to eventually earn a scholarship and sign a contract to play in the highest division.

The Black & White: What was your time like on the American University team?

Andreas Djurhuus: It was definitely a step up from what I was playing in high school. We trained six times a week, and during preseason we were at school a month early, running and training every day. I went in knowing I had to prove myself to stay because of the money. We were a very young team. We lacked experience, and that’s what caused me to leave at the end.

B&W: What led you to move to Ireland?

AD: I was born in Denmark and my mom’s fully Irish, so I have a bunch of family here. I was already looking at Ireland before I even thought about going to American because it’s cheaper here, and I’m a European citizen.

I also really liked the school. It’s kind of the same as the North American model where you’re able to play and study at the same time. It really suited me that way.

B&W: How does it differ from college soccer in the U.S.?

AD: It’s different in the sense that over here it means a lot more to people. There’s no collegiate level here, so when I’m playing on the weekends, I’m not playing any university students—I’m playing grown men. That’s probably the biggest difference for me, because you go from playing people your own age to 28 or even 35-year-olds who have a lot of experience. It’s tough in that sense, and it took a lot of getting used to. I’ve adapted well and I’m playing well at the moment, so I’m happy with myself.

AD: I’ve always enjoyed playing football, and it’s something I need. I’d say it’s very therapeutic as well; but as for how far I want to go with it, I haven’t really decided that yet. I’ve kind of taken things as they come. Obviously, the most important thing to me now is to get my degree and make sure I get job security in the future. But depending on how this goes, I could see myself trying to play semi-professionally or professionally at some point.