The Black and White • March 23, 2019 • https://theblackandwhite.net/63556/opinion/pivot-away-from-multiple-choice-testing/

Pivot away from multiple-choice testing 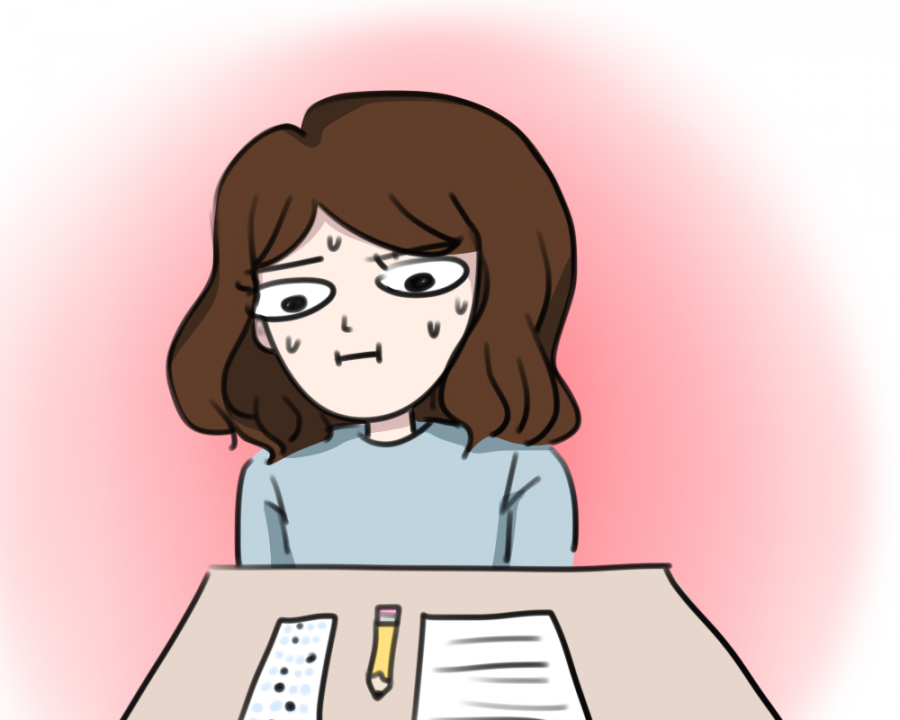 Whitman administers multiple choice tests with a heavy hand—many, if not most, unit tests and quizzes follow this format. But this method of testing stifles creativity and discourages divergent thinking. When used sparingly, multiple choice has its benefits, but it’s insufficient as the primary mode of assessment.

To make students more well-rounded individuals, Whitman should pivot away from multiple choice testing and toward more free-response assessments.

Multiple-choice testing became popular in the 1920s, when universities and the military faced more applicants than ever before. Back then, the tests provided an easy—and objective—way to sift through the many candidates.

But it’s not 1920 anymore, and the types of skills we value most have shifted. Education should promote individuality in students, focusing on development rather than just preparation for the workforce. Multiple choice teaches convergent thinking skills: naturally applying logic to narrow the number of solutions available. But these tests disregard divergent skills, like envisioning multiple solutions to a problem and developing original ideas, according to a Harvard University article. In a 2010 International Business Machines poll, 60 percent of CEOs cited creativity as the most important leadership quality. Yet multiple choice doesn’t cultivate these necessary creative problem-solving skills.

Through the year, creativity has slipped from the classroom; free-response testing is one way to bring it back.

In an informal Black & White survey of 32 students across all grades, over 50 percent said that they learned more from free-response tests than multiple choice. With emphasis on generating students’ original perspectives, free-response questions teach students to analyze information to make their own judgments, according to a University of Tennessee, Chattanooga, article. Free-response, unlike multiple-choice, fosters an environment for students to think for themselves.

Proponents of multiple choice argue that other types of tests take longer for teachers to create and grade. But if teachers don’t help students learn to think divergently, creatively and originally, they are failing to teach their students a critical skill in today’s world. Free-response tests also assess students’ knowledge more thoroughly because students have to recall information on their own—they can’t rely on guessing or recognition. While admittedly a hassle, offering a wide range of tests is worth it.

Multiple choice tests, although frequent, do students a disservice. Increasing the use of free-response tests would foster the development of creativity and critical-thinking skills while breaking up the monotony of school days. While bubbling a scantron is immensely satisfying, it’s not going to help students become more well-rounded, intelligent individuals. Life doesn’t come with A, B and C; our tests shouldn’t either.