The Black and White • March 13, 2019 • https://theblackandwhite.net/63396/opinion/dont-let-an-unexcused-absence-stop-you-from-making-your-voice-heard/ 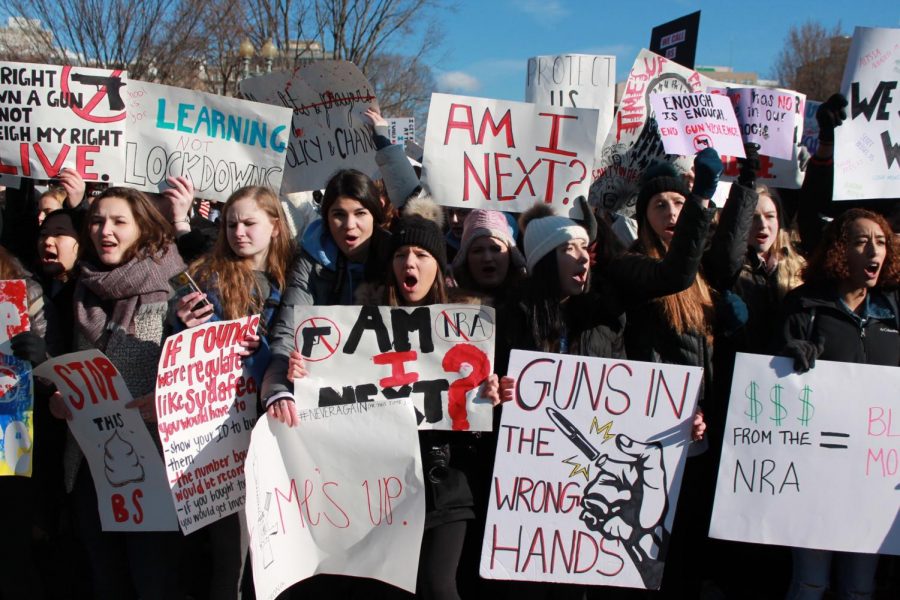 Tomorrow, students across MCPS will walk out of classes to demonstrate their support for stronger gun control legislation. The walkout continues a movement invigorated by an upswell of activism, especially from teenagers, after the Parkland shooting last year. MoCo Students for Change, a local student activist group, will lead protesters to the White House and the Capitol in support of S.42, a bipartisan Senate bill aimed at expanding background checks. The House passed a parallel bill, H.R.8, Feb. 27.

Many students participated in a similar walkout last year, but this year’s protest comes with one major change: principal Robert Dodd announced last week that—per MCPS’ order—absences for Thursday’s walkout will not be excused. This policy is a change from last year, when then-principal Alan Goodwin excused absences for students who turned in a note prior to the Mar. 14 walkout.

Many students were surprised and angered by Dodd’s announcement. Students flooded Facebook with complaints, and a petition for Dodd to excuse these absences circulated on Instagram. These reactions are understandable but misguided—and don’t bode well for the longevity of this or any student-led movement. If students truly believe that gun control matters, they should march regardless of an unexcused absence.

Dodd and the Whitman administration have perfectly good justification for not excusing absences: they have a legal responsibility to keep students safe and on-campus for the duration of the school day. Additionally, Goodwin could excuse absences more easily last year because the county hadn’t formed an official policy; even so, he faced backlash from the superintendent. In his first year at Whitman and with strong opposition from MCPS, Dodd lacks that ability.
Within the confines of MCPS regulations, Dodd is doing his best to make it as easy as possible for students to protest. While no absences will be excused, Dodd is encouraging teachers to partake in a “no assessment” day Thursday, pushing any graded work to a different day so students won’t risk missing a test. This policy balances adhering to MCPS guidelines with supporting students who walk out, and it’s a perfectly sufficient administrative response..

Furthermore, accepting an unexcused absence Thursday is a small but true act of civil disobedience. Rather than participating in a teacher-approved protest, students will actually walk out of school under the real definition of the word “walkout.” As the latest in a long string of protesters who have used civil disobedience to make their voices heard, they will disrupt existing institutions to signal that something must be done—and they should face the consequences to demonstrate just how important this issue is.

The implication that many students will only attend the walkout if their day can be excused is, in itself, worrisome. It’s as if when our absences are sanctioned by the administration, we’re perfectly willing to paint posters and chant slogans claiming our lives are intimately affected by unregulated weapons, but the moment even one absence is at stake, that passion seems to vanish.

This phenomenon just adds to the perception that teenagers are supporting the current movement for gun safety as an opportunity to snap a quick Insta or to demonstrate their “wokeness” to friends online. While social media can be a powerful tool, some activists worry that it’s reducing activism to a trend—where people will go to big marches and public events but won’t actually follow through and create change.

The notion that activists are just in it for show hurts the power of public protests; some questioned whether to attend this year’s Women’s March Jan. 19 because of “all the social media buzz paired with a lack of follow-up actions.” If you want others to take your activism seriously, demonstrate that you take your activism seriously—even if you have to face an unexcused absence.