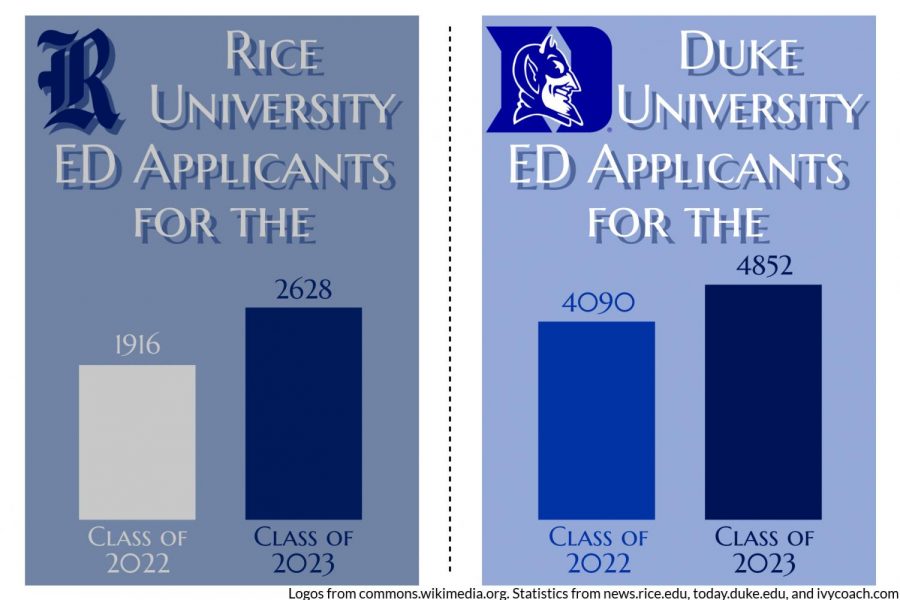 While early applicants to colleges across the United States have steadily increased over the past few years, many universities saw an unusually large spike this year. Of 32 highly ranked universities and colleges surveyed by The Washington Post, 26 had more early applicants than last year. Some changes were especially dramatic: New York University experienced a 42 percent increase.

Almost every university now has early decision or early action options for students who want to apply early—almost two months before the regular deadline—and hear back early, usually in mid-December or January. Early action and early decision often have the same deadline, but unlike EA, an applicant accepted to a school ED is required to enroll.

The increase in early applications is likely due to more awareness about college ED and EA policies and a response to increasingly competitive college admissions, as applying early often comes with higher acceptance rates than in the regular pool, Marks Education college counselor Robert Clark said.

“It just continues a trend that we’ve seen,” Clark said. “What was surprising this year was just the sheer, huge increases in ED or early action, but I don’t have a good reason specifically for this year.”

While it’s advantageous for some students to apply early to compete in a much smaller pool, others are dissuaded from applying ED for financial reasons; the binding contract prevents an applicant from comparing financial aid packages before committing.

“If you don’t know if you can afford college right off the bat and you don’t really qualify for financial aid, you’re really in the worst situation possible,” said senior Jonah Mendel, who applied early decision to Brown. “You can’t ED anywhere because you can’t commit yourself to such a financial burden, but then you also lose that advantage of being able to put your foot in the door.”

Most early applications are due by Nov. 1, and for many, the month-and-a-half waiting period is brutal.

“It’s actually the worst,” senior Lindsay Keiser said. “You sit there, and the ball is in the university’s court and there’s nothing really that you can do besides twiddle your thumbs. It was really tough.”

“I definitely think it was worth it,” Kafka said. “I know that CMC has a much higher acceptance rate for ED. It was good in my case just because it gets a lot harder to get in if you apply RD, and I might have not gotten in during that.”