The Black and White • March 4, 2019 • https://theblackandwhite.net/63235/opinion/mcps-require-biology-classes-to-teach-bioethics/ 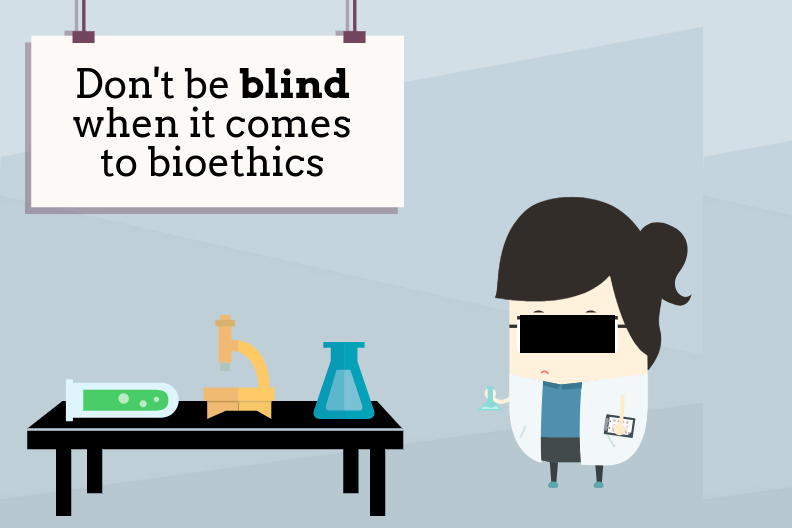 Bioethics—the study of the ethical issues that stem from advances in medicine and biology—is a foreign topic for most, but it’s vital to scientists pursuing breakthrough research.

Last November, Chinese scientist He Jiankui claimed he created two twin girls with modified genes that made them resistant to HIV. While the scientific world is still struggling to respond to the news, the public has—for the most part—been left out of the debate.

Bioethics—the study of the ethical issues that stem from advances in medicine and biology—is a foreign topic for most, but it’s vital to scientists pursuing breakthrough research. The National Institutes of Health and many universities have departments dedicated to bioethics, where scientists research bioethical issues like the extent to which it’s moral to edit an unborn baby’s genome. But most aspiring scientists learning about biology in MCPS classrooms aren’t taught this essential study.

To foster a more informed public, MCPS should mandate bioethics instruction in all biology classes, where students are encouraged to debate about bioethical issues in current events.

Bioethics is a part of everyone’s life, whether in the form of fertility problems, eugenics or organ donation, biology teacher Mira Chung said. But despite the subject’s prevalence, students aren’t educated about advances in the field or what goes into important ethical decisions.

Starting dialogue surrounding bioethics in school will help students better understand what’s involved in making and using scientific discoveries, and it will allow students to grasp firsthand the complex decision-making of such advances through classroom debate.
Today, funding for medical breakthroughs is at an all-time high. The industry group PhRMA reports that $71.4 billion was spent on research and development in 2017, compared to $65.5 billion in 2016 and $29.8 billion in 2001. Teaching bioethics is necessary to keep the public up to speed on these rapid developments. In coming years, politicians who advocate for a ban on stem cell research or a referendum that allows for cloning could become commonplace, Center for Practical Bioethics associate Matthew Pjecha said. Voters need the knowledge and tools to be able to assess and take stands on these issues.
The fact that we live in a period of globalization, one in which governments have varying ideas of what’s ethically acceptable, makes this need even more pressing. The U.S. wields significant influence in international health organizations, and an emphasis on bioethics could set a global precedent for other countries, UNC Medical Center fellow Elizabeth Sonntag said. This kind of emphasis can stem from informed citizens able to check the government and scientists from completing unethical research.

Admittedly, a mandated bioethics unit would take time out of other biology lessons and force teachers to either cut material or speed through lessons. But bioethics gives students context for how their experimentation can be used in real-life applications; without it, much of what we learn becomes useless or even potentially dangerous. To avoid taking up too much class time, students can also learn bioethics alongside current curriculum material in units like cancer research.

Just as genome editing in human stem cells and breakthroughs in cancer treatment were assumed impossible decades ago, every individual will face issues in the coming decades that are currently difficult to imagine. As future citizens and scientists, it’s crucial that we be given the ethical tools to react.