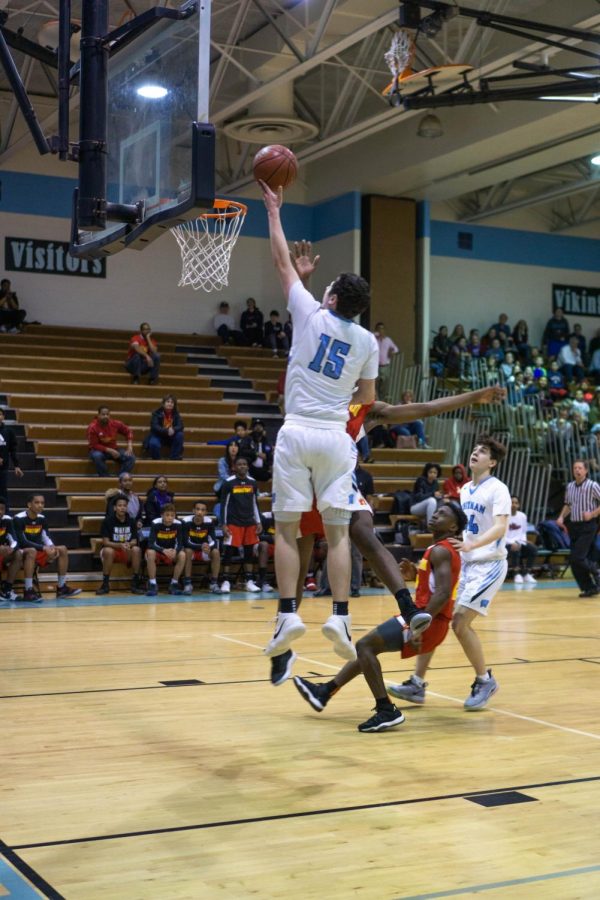 Forward Jason Lewis goes up for a contested layup in the boys basketball team's first round playoff win against the Wheaton Knights. Lewis has led the team in scoring this season.

The Vikes had a strong first quarter offensively, but the Knights put up a fight on the other end to have the Vikes lead 20–13 heading into the second quarter.

It was the same story in the second quarter with the Vikes taking a 38–27 lead into halftime.

In the second half, the team played sloppy offensively, but defensively they forced 24 steals leading to easy baskets, which helped propel the Vikes to a 12 point win.

The team was led by forward Jason Lewis who scored 29 points and guard Brendan Shaver, who was out the last 4 games due to a back injury, who added 15 points in his return.

The team next plays the Churchill Bulldogs (12–10) Monday at 6pm at home in the second round of the playoffs.