The Black and White • February 21, 2019 • https://theblackandwhite.net/63063/news/new-councilmember-friedson-debuts-at-burning-tree-town-hall/ 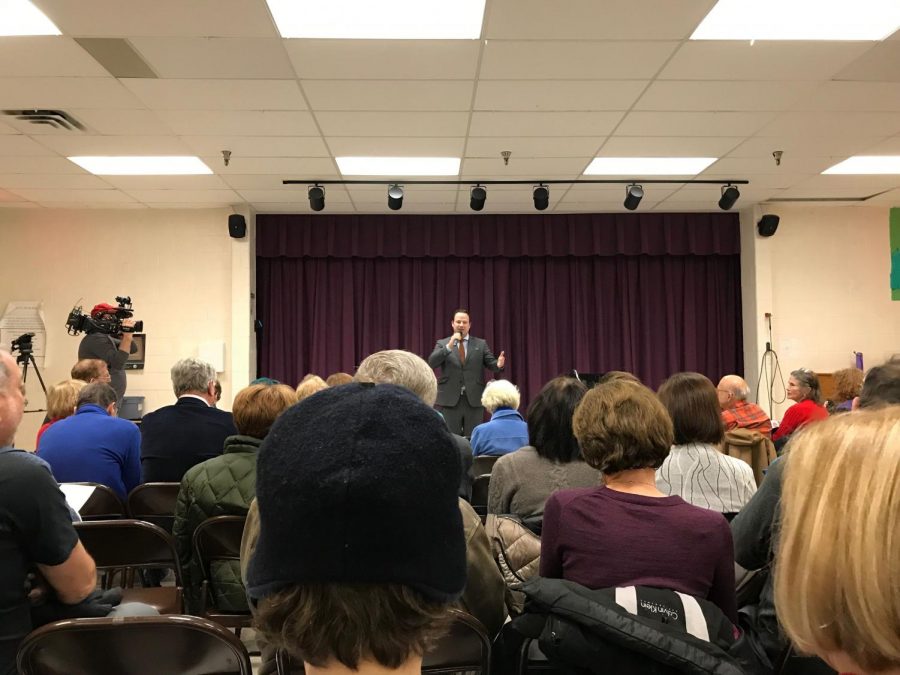 Friedson grew up in Potomac and went to Churchill High School. After graduating from The University of Maryland, he served as deputy chief of staff and senior policy advisor to state comptroller Peter Franchot. In November, Friedson won the competitive democratic primary for County Council and then handily won the general election against Republican opponent Richard Banach. He filled the seat of councilmember Roger Berliner, who retired after serving for 13 years.

At the town hall, Friedson introduced himself to the more than 100 constituents in attendance and then opened the conversation up to policy questions.

One constituent voiced concerns about a proposed bill that would expand the construction of Accessory Dwelling Units—small apartments on the same property as a home that can be rented out for independent living—because it might worsen traffic and overcrowd schools.

“I am a believer in ADUs [and] the idea of young people being able to afford to move into some places in the county that would otherwise be inaccessible,” Friedson said. “I have concerns with sending a message that wealthy people can knock a house down and build a large house, but a middle-income person or a young person can’t have access to Montgomery County.”

Friedson said he’s prioritizing closing the MCPS achievement gap through increasing funding for pre-K and reworking the way the free and reduced meal plan is administered in schools. He also emphasized the importance of focusing on student mental health and stress reduction, and he said he plans to increase the number of counselors and social workers in schools.

“We’ve got to find ways to pull that [pressure] back,” Friedson said. “We’ve got to remember that these are young people who have other aspects of their lives that we need to be promoting as well. Different students achieve in different ways.”