The Black and White • February 21, 2019 • https://theblackandwhite.net/63058/opinion/blogs/why-i-dont-have-to-be-republican-to-call-myself-patriotic/ 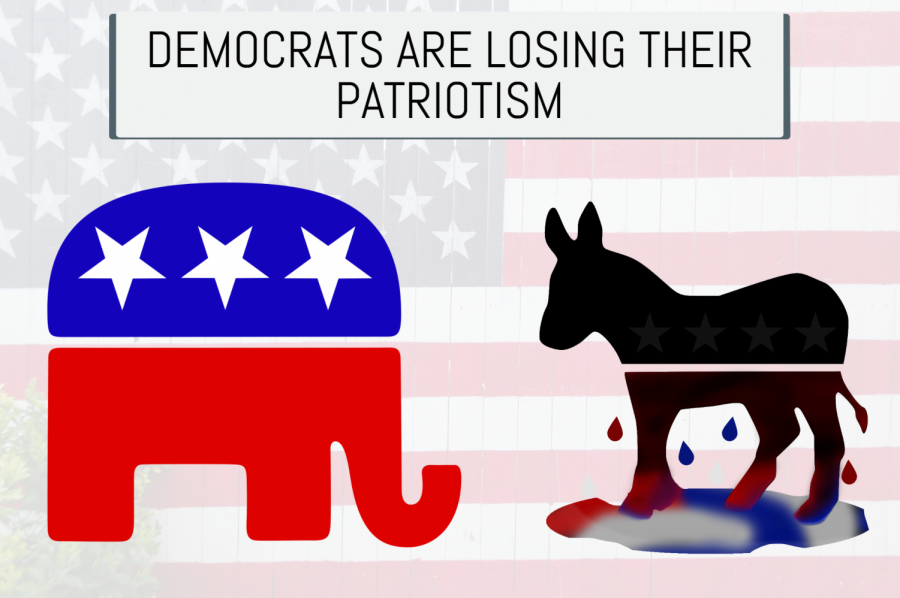 For me, being patriotic has never been an inherently conservative value.

Every year around Veteran’s Day, my elementary school music teacher would print out the lyrics of “God Bless the USA” for us to sing in class. My friends and I would belt out, “I’m proud to be an American, where at least I know I’m free,” and perform exaggerated hand movements we learned from our teacher.

Even though it was a bit over the top, my friends and I still remember the annual tradition fondly. But when I recently asked my friends if they still consider themselves patriotic, most of them said “no.”

While patriotism is ideally a universal, unifying sentiment, it’s now primarily treated as a rhetorical strategy to get more votes. Relying on cries to “support our troops” and “protect America’s ideals” to rally its conservative voter base, the Republican party has been perceived as the “owner” of this strategy since the Reagan years.

As a result, people have come to equate patriotism to conservatism. In a 2018 YouGov poll, Republicans were more than twice as likely as Democrats or Independents to call themselves “very patriotic,” and almost a third of Democrats said they are “not very” or “not at all” patriotic.

I’ve seen liberal people shun overtly American clothing or items just because they don’t want to be associated with the Republican party. When my brother wears his American flag lacrosse shorts and red, white and blue Patagonia baseball cap, even I sometimes worry his outfit screams “MAGA.”

Since President Trump’s inauguration, this partisan divide has only grown. Nationalist rhetoric has made its way into mainstream politics—but we are not a country of nationalists. Patriotism and nationalism are often thought of as two sides to the same coin, but this notion couldn’t be further from the truth. While patriotism is “love for or devotion to one’s country,” nationalism includes “exalting one nation above all others and placing primary emphasis on promotion of its culture.”

In addition to the nuances of their definitions, nationalism often has extreme, negative connotations associated with alt-right or white nationalist movements, and normalizing these ideologies contributes to the left’s negative perception of patriotism.

But patriotism shouldn’t be a partisan value. While it’s true that the more obvious manifestations of patriotism—like supporting increases in military spending or believing in the sanctity of the American flag—are associated with conservatism, what it means to be a proud American shouldn’t be political.

The founding American ideals—equality, rights, liberty, opportunity and democracy—all transcend party lines. Most Americans believe in equality of opportunity, even if they disagree on what policies should be implemented to achieve this ideal. Most believe in democracy, even if they disagree on what role government should play in a democratic system. I still support my country and believe in its fundamental ideals, even if I don’t support the current administration.

When Colin Kaepernick took a knee during the national anthem to protest police brutality, his actions were immediately deemed unpatriotic by the right. President Trump even called for Kaepernick and other NFL protestors to be fired in September 2017, saying the demonstration portrayed “a total disrespect for our heritage.”

The backlash had a strong patriotic undertone; but in a way, support for the movement did too. My support of Kaepernick’s message never wavered throughout the controversy, and I don’t think that made me less of a patriot. I viewed the protest as preservation of freedom of expression because people have the right to dissent in the U.S. We have to acknowledge issues in our society if we want to grow and move forward.

The success of Trump’s “Make America Great Again” rhetoric, combined with his attacks on American institutions like the CIA and free press, have led the Democratic Party to try to reclaim “patriotism.” Leaders of the DNC have made arguments about returning to tradition and protecting America’s institutions focal points of the party’s platform. It seems to be working: the Democrats won back a majority of the House during the November midterms. Good! The Democratic Party is calling themselves patriots again. But it’s not a title that should need “reclaiming.”

In America, we celebrate diversity. We revere democracy. We respect the role of the media in holding our politicians accountable. We don’t tolerate xenophobia of any kind. These are basic American values, and if you believe in them, I’d say you’re a patriot—regardless of political affiliation.

As a country, we all need to return to our patriotic roots if we don’t want to concede “patriotism” to alt-right, ethno-nationalist groups who don’t truly have the interests of the country at heart. It’s time we started embracing our patriotic values—the ones that truly make America great.