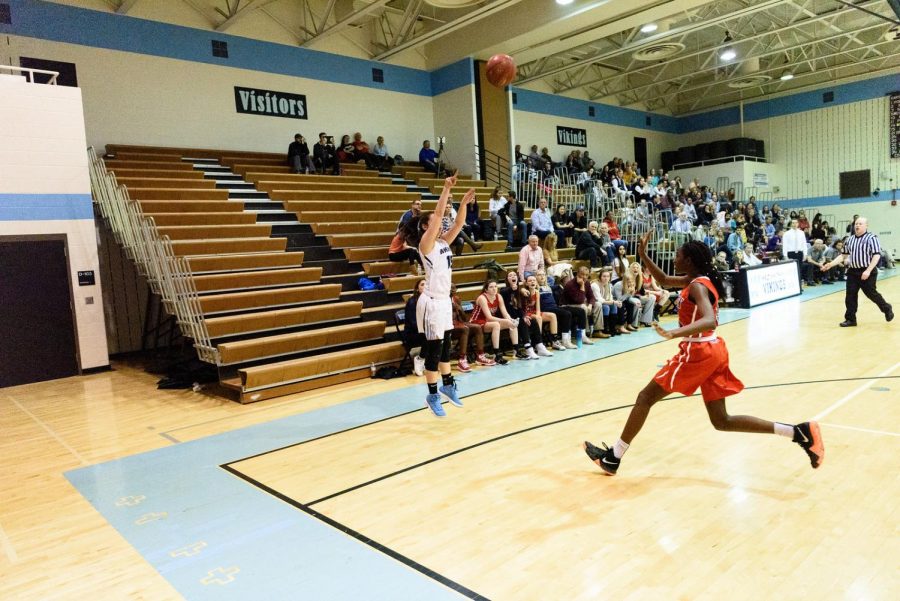 Guard Anna Krush launches a three-pointer against the Wootton Patriots Friday night. Krush went for a career high 25 points and tied the record for three-pointers in one game. Photo by Tom Knox.

The Vikes got off to a strong start, overtaking the Patriots’ defense and going up 25–8 in the first quarter. During the second quarter, the Vikes continued to dominate on offense and defense, keeping the Patriots to only five points for a score of 45–13 at the end of the first half.

During the second half, the Vikes focused more on their defensive play. The Patriots only scored four points during the half, with zero in the third quarter. Guard Anna Krush was the leading scorer for the Vikes with a career high of 25 points. Krush totaled 7 three-pointers, tying the Whitman girls basketball team record for the most three-pointers during a game.