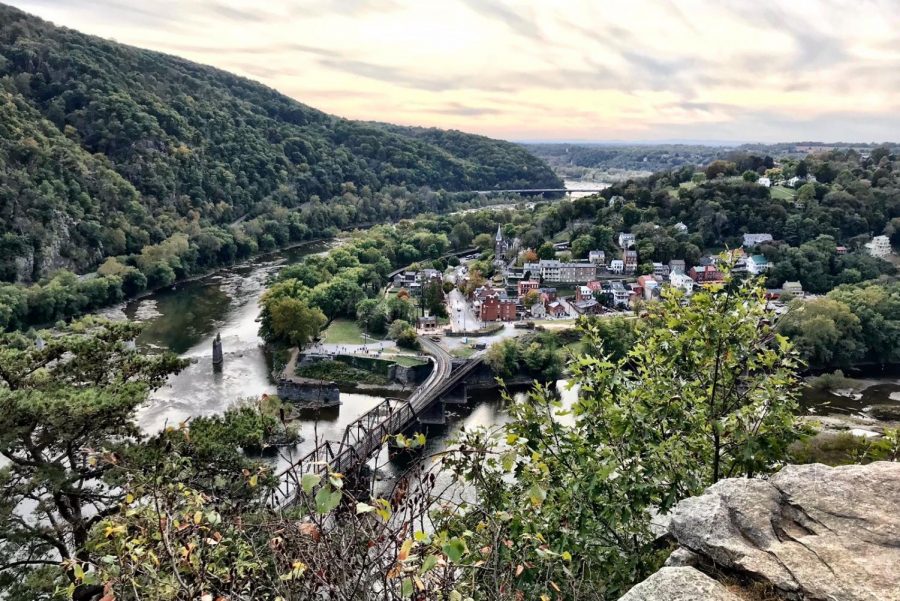 Harper’s Ferry is a small historical town wedged between Harper’s Ferry National Park, the Potomac River and the Shenandoah River. The town includes sites like the Point—where the two rivers meet—the Civil War Museum and John Brown’s Fort, a key site in an 1859 abolitionist raid.

Between snow days, national holidays and professional days, students have had more long weekends and days off than in previous years. These breaks are generally too short for a full out family vacation, but that doesn’t mean you should pass up the opportunities to travel and explore. The D.C. area alone is full of exciting places—here are a few ideas.

Tickets to the aquarium are pricey—$40—but the expense is well worth it. The National Aquarium is considered one of the best aquariums in the world, and it features over 20,000 fish, birds, amphibians, reptiles and marine mammals.

The exhibits are beautiful, award-winning and diverse; they span from marine habitats to environmental conservation to human health displays. The aquarium has also implemented programs to educate young students about the importance of urban and ocean conservation. You can spend hours in the aquarium with your friends and family while also supporting a good cause.

“What I liked most about the aquarium was the sheer size and openness of the displays,” senior Raffi Metz said. “I got lost just watching the animals until my dad and brother dragged me out.”

Harper’s Ferry is a small historical town wedged between Harper’s Ferry National Park, the Potomac River and the Shenandoah River. The town includes sites like the Point—where the two rivers meet—the Civil War Museum and John Brown’s Fort, a key site in an 1859 abolitionist raid.

If you’re not interested in the historical aspects of Harper’s Ferry, you can walk around 19th-century buildings, try foods from local sweet shops or visit small antique shops around the town. Harper’s Ferry National Historical Park offers seven hiking trails overlooking the town and rivers.

“It’s very quaint and different from living in Bethesda,” sophomore Ezra Bird said. “It’s a nice escape because it’s a very peaceful environment with not a lot of noise and it’s reminiscent of a simpler time.”

Gettysburg rich with history; the Battle of Gettysburg was the bloodiest and largest battle of the Civil War. It was a major turning point for the Union, as there were irreplaceable losses of generals and soldiers to the Confederacy army.

“The museum is mostly focused on generals and the timeline of what happened, and it was interesting to see how they made their decisions,” freshman Krishna Bhat said. “It was also fun to go around the battlefield and see where it all went down.”

“St. Michaels has that small town feeling, and getting that change of scenery and change of pace was a great way for me to relax and enjoy my day,” sophomore Jorian Benke said. “I would recommend going on a boat ride because being able to go out on the bay with my family and look all around and see a small piece of land was really nice.”

Luray Caverns is the largest cavern in the Eastern United States, featuring columns, mud flows, stalactites hanging from the above and stalagmites jutting from below, flowstone and mirrored pools. The cave even has the largest instrument in the world, the Great Stalacpipe Organ. Because of the environment the organ is in, once played, the whole subterranean landscape of the cave becomes part of the instrument.

“It’s like a whole different world in the cave,” sophomore Marc Blitz said. “It looks so different than anything you’d see in daily life it’s kind of hard to believe it’s natural and real unless you’ve seen it for yourself.”