The Black and White • February 15, 2019 • https://theblackandwhite.net/63015/feature/students-explore-up-and-coming-art-form-animation/ 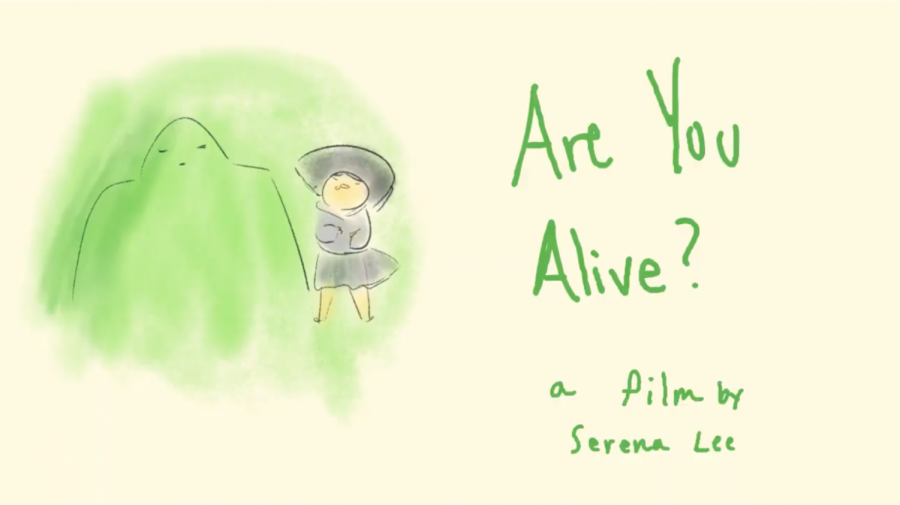 Junior Serena Lee draws small, intricate lines on her digital tablet at home. Going frame by frame, she takes weeks to sketch the fields, flowers and characters for her short summer film project. Even after she’s finished drawing the basic outlines, it takes several hours cleaning up the lines, coloring in her drawings and editing in sound effects and voice overs.

Today, animation is bigger than ever. Job opportunities in digital media and animation are expected to increase by eight percent in the next 10 years, according to the U.S. Bureau of Labor Statistics. These jobs include creating graphics and animation for websites, video games and films.

All types of animation have also become more accessible to high school students through free softwares, cheaper tablets and new classes. Whitman already has an animation club, and the school is creating a new animation class next year.

Learning how to animate

Lee started animating three years ago after an animation function on a drawing application caught her attention. She taught herself the basics and practiced on her laptop, but then decided she wanted to learn more. To expand her knowledge, she went to a four week program at the School of Visual Arts in New York City this past summer. She took classes like Animation History and Animation Design, where she learned how to create a short film. As her final project, she created a 30-second short film. Along with creating the actual animation, Lee wrote a storyboard, edited the project and added in audio and sound effects.

“You first animate, and then you have to think, ‘Is there going to be music or sound effects?’ and think about how to elevate what you’re animating,” Lee said. “You have to worry about lighting, compositing and how to make it more immersive for the audience.”

Junior Vivian Wan has loved animation ever since watching Pixar movies and cartoons when she was younger. Last year, Wan started learning how to draw digital 2D animation by reading books, watching Youtube videos and looking through online resources.

“People post animation gifs, and I looked at those and thought they were super cool so I just started by copying them,” Wan said. “It’s a bit of a struggle to start and learn on your own, but it’s really fun to see the finished product and know that it’s yours.”

Freshman Abhayprad Jha’s interest in animating came from video games. Jha has played video games his entire life, and a few years ago, he decided to make his own. After weeks of researching how to create videos games online, he realized he needed to use 3D animation to create his own characters.

Rather than drawing frame by frame to create the illusion of movement, 3D animation artists can sculpt digital 3D models and drag characters to different positions through software. This process eliminates the necessity of creating or drawing every frame and makes it easier for game creators and movie directors to focus on their gameplay or storyline, rather than the art aspect, Jha said. He recently started creating his models on Unity—a free online cross-platform game engine—to create his own racing game.

“With 3D animation, you’re able to model things in your life and create your own games or videos,” Jha said. “Once you actually get into animating, you realize you have the ability to make the next biggest game.”

Since trying 2D digital animation three years ago, sophomore Zoe White has been able to meet new friends and overcome financial barriers—tablets and subscriptions to software can cost hundreds of dollars—through websites and online communities.

Before she was able to buy software and work on her own animations, White started out helping other animators online by cleaning up lines or helping them edit. After she got the materials to create her own films, White started creating small projects a few years ago and used DeviantArt to share her work and get feedback.

“People want ideas, they want critiques, they want somebody that appreciates their art,” White said. “You want to find someone that can give you good feedback, since that’s the only way to improve, and you can find those people online.”

Lee started her own animating club at Whitman this year. Members range in skill level from beginners to experienced animators. Currently, the club is a tight-knit group of only five members, and weekly meetings are hosted in the dim-lit digital art room on the first floor. The club provides its members with two tablets to use during the meetings, and the animation software Adobe Flash for free from the school’s existing Digital Art class. The Animation Club’s main focus is to help members gain more hands-on experience with animation by creating animations and sharing feedback with each other.

Although she doesn’t plan on studying animation in college, senior Mizuki Hanada joined the animation club to expand her college art portfolio and improve her technical abilities in different mediums.

“People who are interested in animation or just interested in pursuing art in general get a chance to learn something new from teachers and peers with a sense of community,” Hanada said. “The club makes it easier to try animation because you aren’t assessed on how good your animation is, so there’s no pressure.

The art department will buy new tablets next year for the new animation class. Current digital art teacher Miriam Bellaire will teach students how to use keyframes, storyboard, design characters, use 3D modeling and create stop motion films. The only prerequisite for the class is Studio Art 1.

“There are all different facets to animation from visual development, to rigging, to 3D modeling to 2D animation,” Bellaire said. “Having that opportunity to learn in high school just accelerates where you are when you’re ready for college.”

Animation requires time, patience, some financial commitment and hours of practice. But it shouldn’t be an art that students are afraid of trying, White said.

“If you really like animating, it’s definitely something that can help you relax or expand your ideas,” White said. “Look to things around you, like your pets or a story your friend told you, because everything can become an animation. Just sit down and start drawing—it sounds harder than it actually is.”