The Black and White • February 13, 2019 • https://theblackandwhite.net/62979/uncategorized/metro-boomins-not-all-heroes-wear-capes-lacks-musical-diversity/ 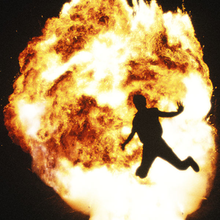 Metro Boomin, one of the hottest producers in the rap game right now, dropped “Not All Heroes Wear Capes” Nov. 2. The album is filled with features from hip-hop stars, including Travis Scott, 21 Savage and Gucci Mane, among others. The album also highlights Metro’s production skills; it’s beats like these that have turned Metro into one of rap’s biggest producers.

In “10 Freaky Girls,” Metro shows off his beat sampling skills with an 80s-style R&B song featuring laid-back lyrics from 21 Savage. Metro and 21 have become close throughout their musical careers; the East Atlanta rapper is on three of the album’s tracks. In the first, “Don’t Come Out the House,” Savage uses a half-whisper flow to replicate the energy of the piano and drum in the song. While quiet, the track feels like a pump of adrenaline. But Savage is careful not to overuse the whisper effect and returns to his standard creaky-voice later in the song.

Most of the album’s songs have a similar mainstream rap sound; while fun to listen too individually, songs like “Overdue” and Up to Something” begin to feel repetitive after a while. Fortunately, Metro does switch things up a bit with “Borrowed Love.” The song has dancehall vibes, and the calming vocals of Swae Lee show why he’s become the must-know name in Afrobeats. Swae Lee’s star status also helps to attract listeners. Metro can take his music to the next level in future albums by including a wider variety of artists and sounds.

Not All Heroes Wear Capes is an album with very high production quality but lacks the musical diversity to make it a truly standout project.