The Black and White • February 11, 2019 • https://theblackandwhite.net/62934/sports/crew-team-wins-events-at-second-largest-rowing-competition-in-the-world/ 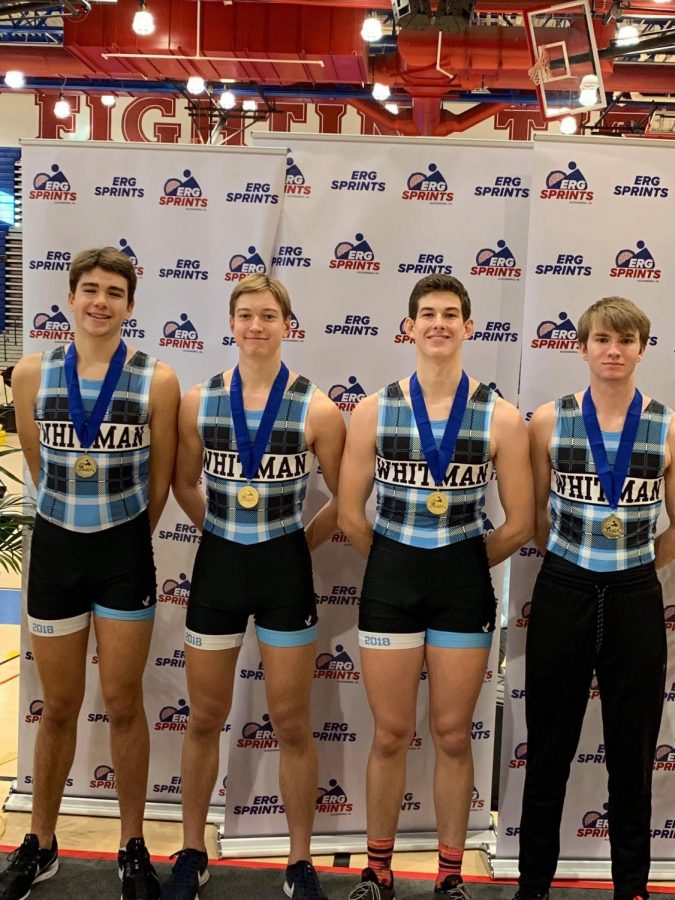 The quad slide team poses with their first place medals at the Erg Sprints competition. The team competes indoors in the winter while the river is frozen.

Members of the crew team traveled to T.C. Williams High School in Alexandria, Virginia Saturday to compete at Erg Sprints—the second largest indoor rowing competition in the world. This competition provides rowers with an opportunity to compete indoors while the river is frozen.

Participants race on the Concept-2 Indoor Rower, also known as the erg. Members of the crew team competed in individual events and team “slide” events, where the ergs are connected to each other on Concept-2 sliders to simulate the feel of racing in a boat.

“It’s kind of nerve-racking competing at Erg Sprints because there are so many people there. There were bleachers filled with people,” Waxman said. “But it felt cool that we worked together as a team to beat a really tough competitor.”

Jose Wray and Matthew Proestel are members of the Black & White staff.