The Black and White • February 8, 2019 • https://theblackandwhite.net/62905/news/student-camp-out-at-whitman-for-parking-permits/

Student camp out at Whitman for parking permits 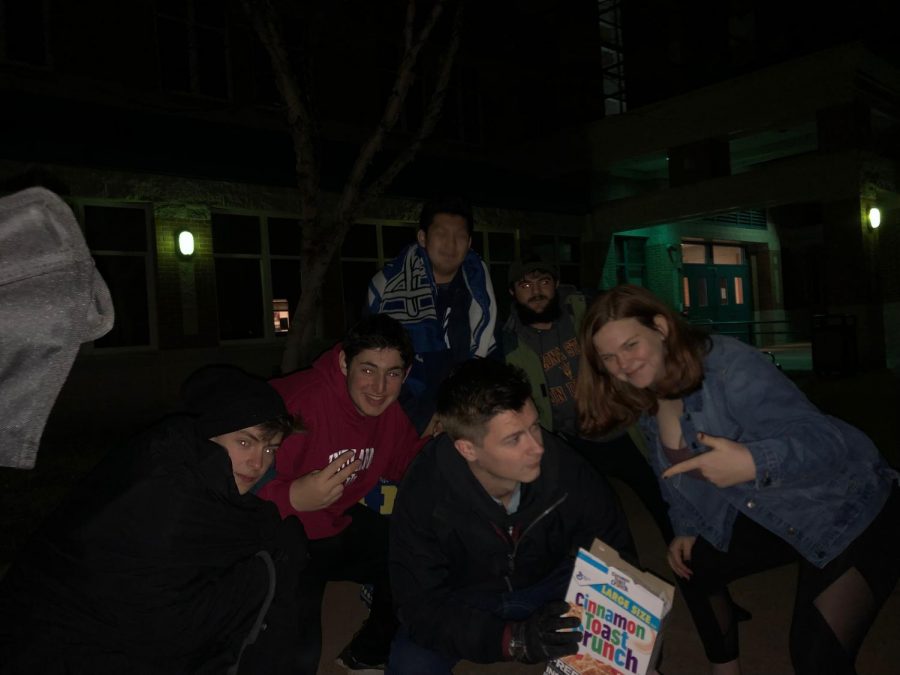 By Thomas Mande and Danny Donoso

When principal Robert Dodd sent out an email late Tuesday afternoon notifying students that athletic director Andy Wetzel would be selling the remaining parking permits the next day on a first-come, first-served basis starting at 6:30 a.m., students sprung into action.

Junior Nick Cook was the first to arrive—he set up camp at Whitman around 8 p.m. that night. By 11 p.m., five students were already there; by 2:30 a.m., it was around 20. By morning, over 50 students sat outside school, waiting in line for what turned out to be just four remaining permits.

For the past few years, Wetzel has allowed students who didn’t receive a parking pass through the regular process to vie for the few passes other students forgot to pick up. Wetzel chose the policy because it “gives everyone a chance,” he said. Students have come early in the morning previous semesters—this fall the most ambitious students arrived around 3 a.m.—although not nearly as early as they did this time.

Wetzel said he knew a lot of students would show up, although he had no idea how early. This semester set a record for the most parking pass applications ever: over 400 applications for just 273 spots. Wetzel intends to stop using the first-come-first-served system next year; instead, he will probably just assign the remaining passes himself.

“We probably won’t do it anymore, seeing as how it’s getting out of hand,” he said. “We don’t like the kids here overnight.”

Students were frustrated at having to spend a night camping out in the cold to get passes they felt they deserved. Many wondered why Wetzel didn’t notify students of the number of available passes earlier, either via email or twitter. Wetzel said he couldn’t know until the last minute—he could receive an email at any point from Dodd telling him to give a certain student a pass. He told the 20 or so students who stopped by his office at the end of the day Tuesday that there would probably be three to five passes left.

While the situation of having to camp outside school was far from ideal, students tried to make the best of it. They set up lawn chairs in a circle in the bus lane, hung out and commiserated about the injustice of the parking pass process. A parent brought a box of Cinnamon Toast Crunch, which the students shared, and senior Daniel Stevens blasted country music to lighten the mood.

“I think everybody was a little bit delirious,” senior Mariana Fajnzylber said. “Even though we were trying to go at each other’s throats in theory, we were all kind of there for each other and supporting each other at 4 a.m.”

Abikoff didn’t sleep all night, and was so tired the next day he didn’t come to school. He called the experience “ridiculous” a number of times, but admitted it did come with some good memories—and a parking pass.

“It was exciting at points,” Abikoff said. “It certainly isn’t something I’m going to forget, granted how ridiculous it was. In the end, it was entertaining and makes for a good story.”