The Black and White • February 15, 2019 • https://theblackandwhite.net/62766/news/percentage-of-students-receiving-as-rises-but-county-will-continue-to-stay-with-system/

Percentage of students receiving As rises, but county will continue to stay with system 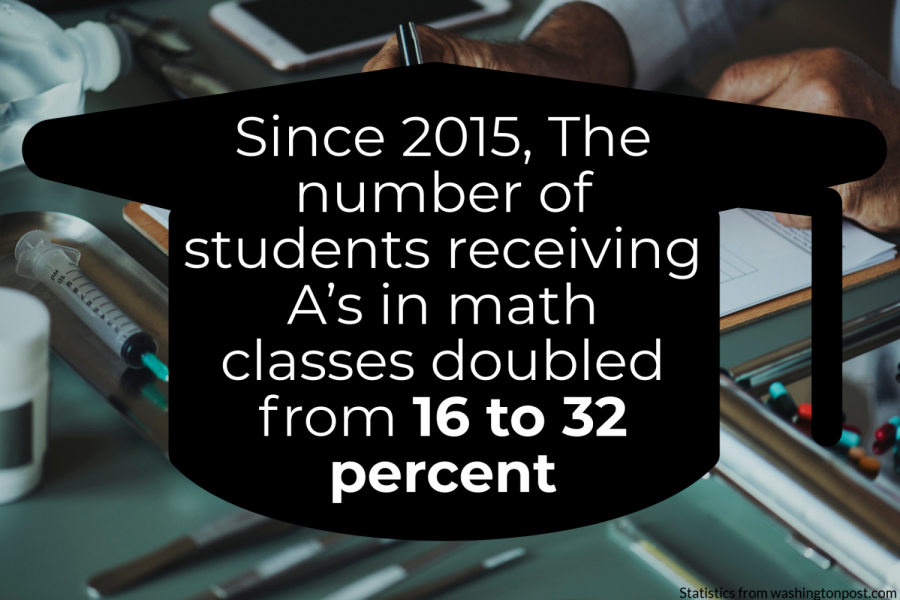 The number of semester As has increased dramatically since the 2014-15 school year, The Washington Post reported Dec. 31. The Post, which analyzed new district data, found that the number of students with A’s in math classes doubled from 16 to 32 percent, while the number of B’s rose slightly and the number of C’s, D’s and E’s decreased.

Since the Montgomery County Board of Education eliminated final exams in the 2016-17 school year, only quarter grades contribute to students’ final grades.

“It’s a little too easy to get an A,” junior Alicia Lauwers said. “In other countries, the grading system is much harsher, and it’s harder to get an A. Some students who get A’s don’t really deserve it.”

The Board of Education and Superintendent Jack Smith are looking into grade inflation, but they will likely not change the grading system for the next few years, BOE member Jeanette Dixon said. The BOE has suggested averaging quarter percentages to determine semester letter grades or bringing back final exams. The Board and the superintendent will look at those suggestions more seriously if the county finds a clear connection between the grading system and grade inflation, Dixon said.

“I’m in favor of returning to final exams,” Dixon said. “We’ve spent a lot of time and money dealing with something that did not need to be changed.”

The BOE has put any changes on wait, seeing if grade inflation continues over the next few years.