The Black and White • February 6, 2019 • https://theblackandwhite.net/62733/opinion/blogs/damascus-is-a-permanent-winter-wonderland/

Damascus is a permanent winter wonderland 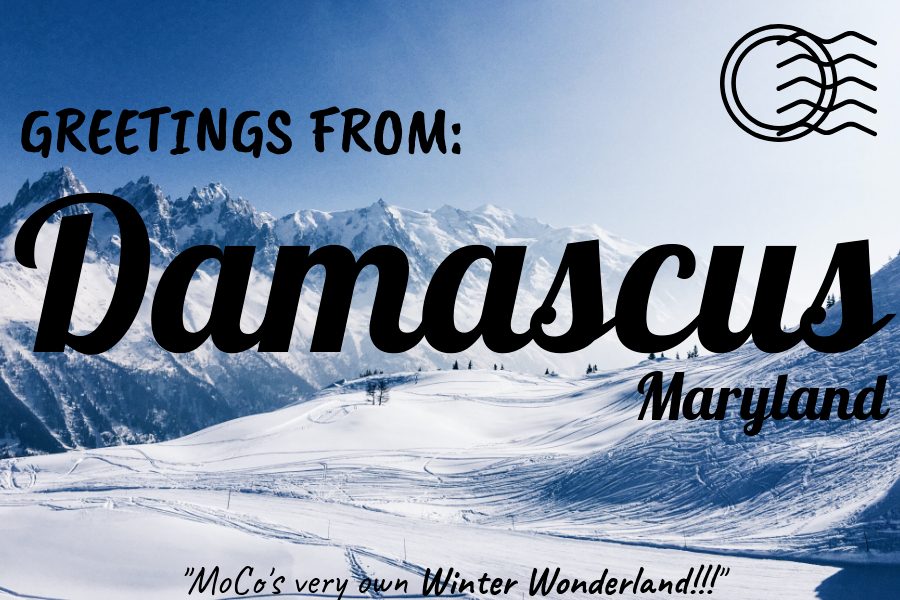 When I woke up last Wednesday morning to find that school was canceled, and then later received a notification at 4:50 p.m. that the county had already called another two-hour delay for Thursday, I laughed silently to myself.

MCPS frequently closes or delays schools for no apparent reason in the Bethesda area—the roads are clear and the temperature is above freezing. MocoSnow accurately predicts a school closure, and I look out my window to find lukewarm rain.

The reasoning most of us Whitman students use to justify these strange closures is always “up-county got a lot of snow” or “Damascus is icy.” Over the 12 years that I’ve been in this school district, these comments have accumulated in my mind to view Damascus as an Antarctic-esque location. Houses are adorned with icicles, and ice fishing is the town’s favorite hobby. Students don’t walk to school, they snowshoe; the few who drive probably ride snow plows.

I’ve even been to Damascus: I know that “frosty” isn’t their default setting. But we, as Bethesdians, aren’t logical when it comes to thinking about the illusive up-county. I’ll admit that MCPS is large, but frankly, getting to Damascus takes under an hour. Weather within an hour radius simply doesn’t change from damp Florida to frigid Alaska; at most it changes a few degrees in temperature.

Don’t get me wrong—I’m more than happy to have continual closures, delays and early releases. I find it hilarious that other parts of the country have subzero temperatures and still have school—while here in Bethesda cold rain and a hint of wind has us students demanding a day off—because of course Damascus got a full snowstorm. My cousins in Chicago have fewer than four snow days a year despite having twice the annual snowfall we do and far colder temperatures; the city manages to plow away the effects of a snowstorm in a single night.

I’m surprised that no one’s started a Go-Fund Me page to help Damascus fortify their Disney’s “Frozen”-like palace of ice. I hope up-county survives their permanent winter wonderland.