The Black and White • January 14, 2019 • https://theblackandwhite.net/62617/opinion/elementary-school-students-should-learn-local-history/ 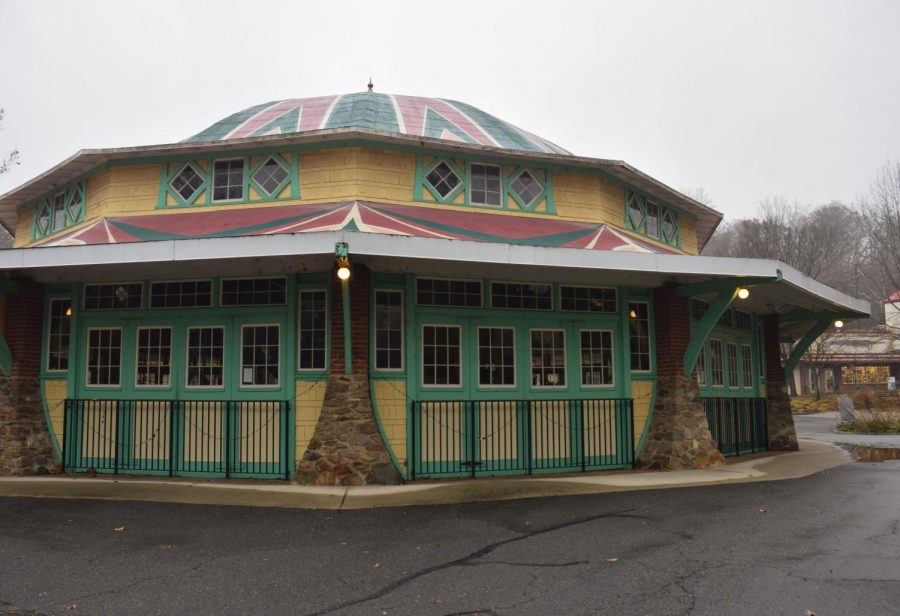 The Glen Echo Park carousel. The Park was segregated until 1961, but local segregation isn't included in elementary school curricula.

From a young age, we learn about the California Gold Rush, the Declaration of Independence and the Abolitionist Movement. We study Abraham Lincoln’s presidency and the Louisiana Purchase, but the history of our own county has mostly escaped the classroom.

Learning about local history connects students to a subject they often view as distant. It’s more relevant to students than national history (though some of it may overlap since we live so close to D.C.). While the current elementary school curriculum includes lessons on historical locations in Maryland, like St. Mary’s and Jamestown, teachers aren’t required to teach Montgomery County history.

For students to better understand their hometown and generate an early connection to history, MCPS should include more lessons on local history in elementary school curricula.

Focusing on significant national events has relegated our county’s history to the back burner. But local history contains valuable lessons; it makes an often abstract and overwhelmingly dense subject directly relevant to students. Because events happened where students live, students are more inclined to actively learn.

Glen Echo Amusement Park, located less than two miles from Whitman, was segregated until 1961. For students, studying events surrounding Glen Echo is just as important as studying civil rights era segregation in Alabama public schools. Segregation often seems confined to the Deep South. But it wasn’t. Segregation and other past atrocities are directly applicable to our own county; the so-called “Bethesda bubble” wasn’t always a liberal’s haven. Learning about local history allows us to realize that even our hometowns have stories and sometimes dark pasts.

Though learning about national history is important, focusing only on wide-ranging events means students miss out on learning how major events affected individual communities. Our own county remained deeply segregated until the 1950s. And in the 1860 presidential election, Montgomery County residents, now classically ultra-liberal, were so against the abolitionist movement that only 50 people voted for Abraham Lincoln, which Matt Logan, director of Montgomery County’s historical society, told me. Learning stories like these would broaden students’ perspectives and open their eyes to the vast scope of discrimination in America’s history.

Other sites in the area can promote interest in history as well. The Seneca Schoolhouse, a one-room schoolhouse on River Road, gives students a glimpse into the lives of children like them. Woodlawn Manor in Olney, which historians believe was a stop along the Underground Railroad, teaches students the horrors of slavery in a more direct way. The C&O Canal, and even the Bethesda Meetinghouse, a building built in the

1870s which gave the town its name, provide a direct view into the history of a student’s town, and, as a result, a deeper connection to their home.

Opponents argue that local history would take time away from learning about national events. But teachers don’t have to make local history the focal point of history class; simply teaching one or two lessons or incorporating a few projects a year would leave time for national history lessons. Plus, many significant national events began on a local level. The 1936 Montgomery County court case Gibbs v. Broom won equal pay for teachers, regardless of race, and acted as one of the first precedents for the Brown v. Board decision to desegregate schools 18 years later.

Local history, though seemingly insignificant, increases enthusiasm about learning, enhances students’ understanding of historical events and creates a connection between students and their hometowns. By teaching Montgomery County history in elementary schools, teachers can make a sometimes dry subject not only more relatable to students, but more enjoyable as well.