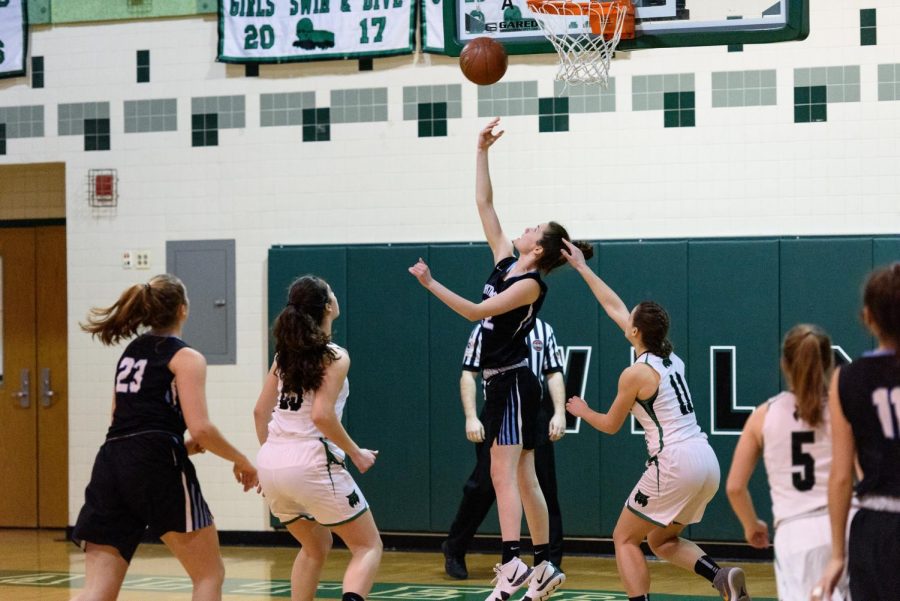 The girls basketball team (15–1) defeated the Walter Johnson Wildcats (8–7) 49–40 Monday. It was the Vikes’ second win over the Wildcats this season.

The Vikes took an early lead, going up 14–5 in the first quarter. The Wildcats struggled to get their shots off against a strong Vikes’ defense that forced several turnovers.

During the second quarter, the Wildcats picked up their momentum and started making more of their shots. At the end of the quarter, 15 of their 21 points were from three-pointers. The Vikes still held their lead for a score of 29–21 at the end of the first half.

The Vikes got off to a good start at the beginning of the second half, dominating on offense. Towards the end of the third quarter, the team lost some of their intensity and the Wildcats took the opportunity to narrow the score, but this didn’t stop the Vikes from bouncing back in the fourth quarter.

The strong offense in the second half was led by center Leia Till who totalled 18 points. Forward Carter McGloon also contributed 14 points including one three-pointer, and guard Anna Kruh had two threes and totaled seven points.

The Vikes will play the Churchill Bulldogs (15–1) for the second time this season Wednesday at 7:15 at home.