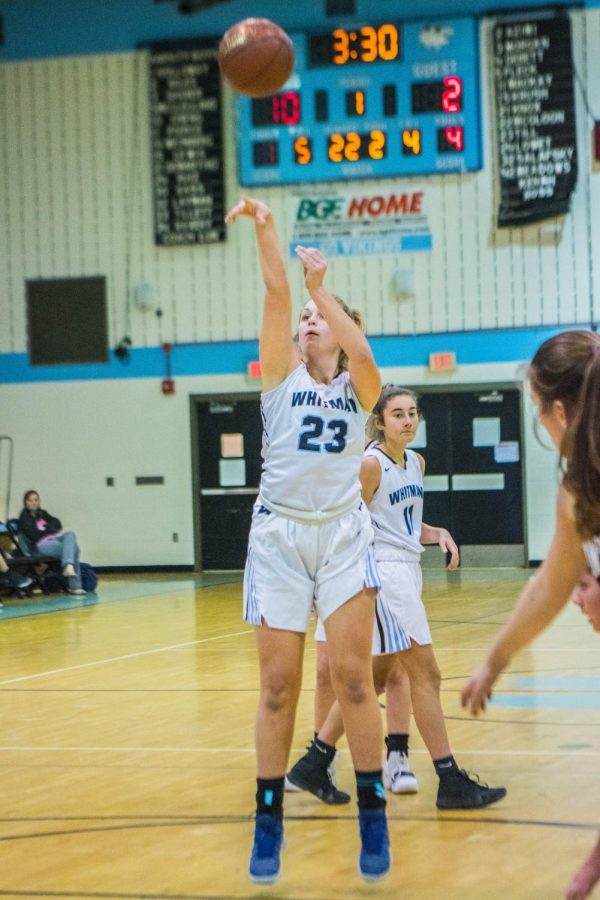 Center Leia Till releases a free throw in the Vikes' win against the Einstein Titans Jan. 18. Till was 5–5 from the line and led the team in scoring Friday.

The Vikes started off the game strong taking a 19–4 lead by the end of the first quarter. The team only continued to dominate on both offense and defense against a Titan’s offense that struggled to find their momentum.

The Vikes held their lead the entire game and won their eleventh game in a row. They’re looking to keep the streak alive when they play their rivals, the B–CC Barons, again Tuesday.

The team will face off against the Barons Tuesday at 7:15 at home.