The Women’s March in photos 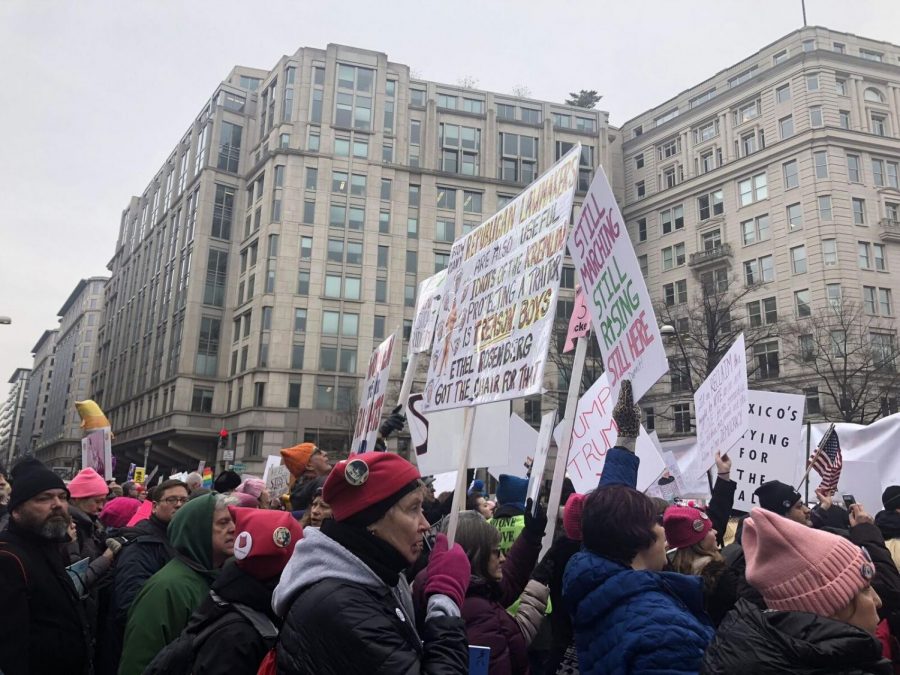 Many protestors wore pink hats, a symbolic response to President Trump's comments about women during the 2016 election.

Thousands of women flooded the streets of D.C. for the third annual Women’s March Jan. 19. The protestors demanded respect, equality and continued resistance to the Trump administration.

Similar to the past two years, pink hats—created and named “pussyhats” in 2016—dotted the heads of hundreds. People also yelled chants similar to previous years’, including “This is what democracy looks like” and “Hey, hey, ho, ho—white supremacy has got to go!”

Yet, largely due to leaders of the March organization being faced with allegations of anti-Semitism, thousands of women opted to stay home this year instead of stepping out into the dreary winter weather. Last winter, two of the March’s leaders, Linda Sarsour and Tamika Mallory, attended a Nation of Islam event at which black nationalist Louis Farrakhan made incendiary remarks about Jews. Mallory condemned the remarks but refused to distance herself from Farrakhan.