The Black and White • January 17, 2019 • https://theblackandwhite.net/62413/news/speech-and-debate-hosts-second-annual-political-panel/ 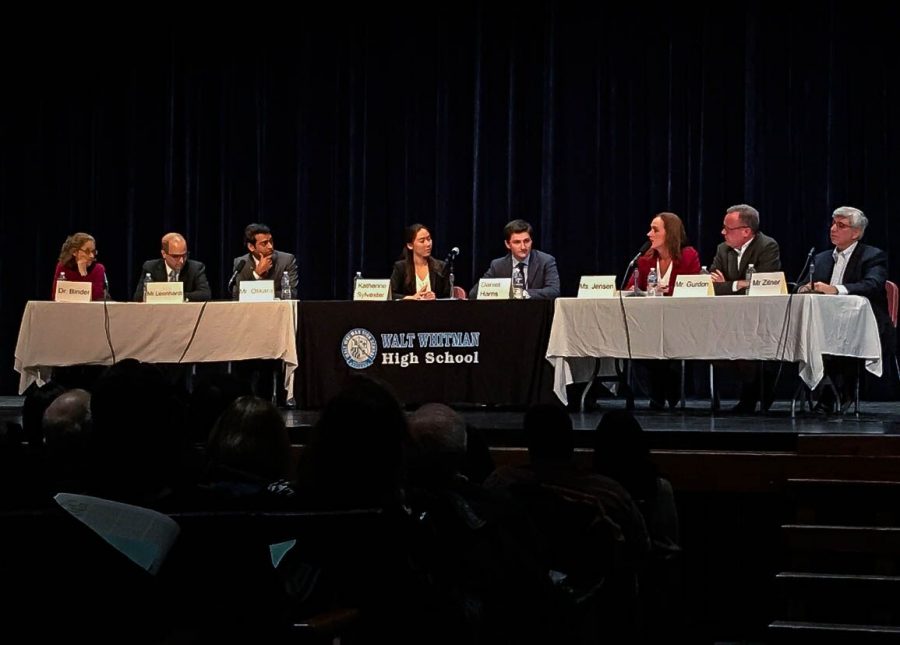 Panelists discuss questions posed by moderators Katherine Sylvester and Daniel Harris at Speech and Debate's second annual political panel. The discussion covered a wide range of questions, from political polarization in the U.S. to Brexit.

To listen to the highlights from the panel, click the podcast below created by Hannah Feuer and Rebecca Hirsh.

The moderators opened the panel with a question about the current government shutdown and how politicians can address the growing divides.

“We are in a period of intense partisan polarization,” Binder said. “We have what we think of as a messaging war of which party is going to win the public to their side.”

Sophomore Ashley Rommel found the discussion to be both interesting and inspiring.

“The panel was a really good way for teens to get more involved in politics and just to learn more information about the issues going on and how we can get involved,” Rommel said. “It was very informative and they were very good people to have on the panel.”

Overall, Harris was delighted with the turnout and content of the panel.

“I was extremely happy with how the event went,” Harris said. “I felt that our moderators and audience were deeply engaged in the conversation and really wanted to have the discussion we had.”

Katherine Sylvester is an Opinion Editor for the Black & White.