The Black and White • December 15, 2018 • https://theblackandwhite.net/62052/opinion/give-space-exploration-the-gravity-it-deserves/

Give space exploration the gravity it deserves 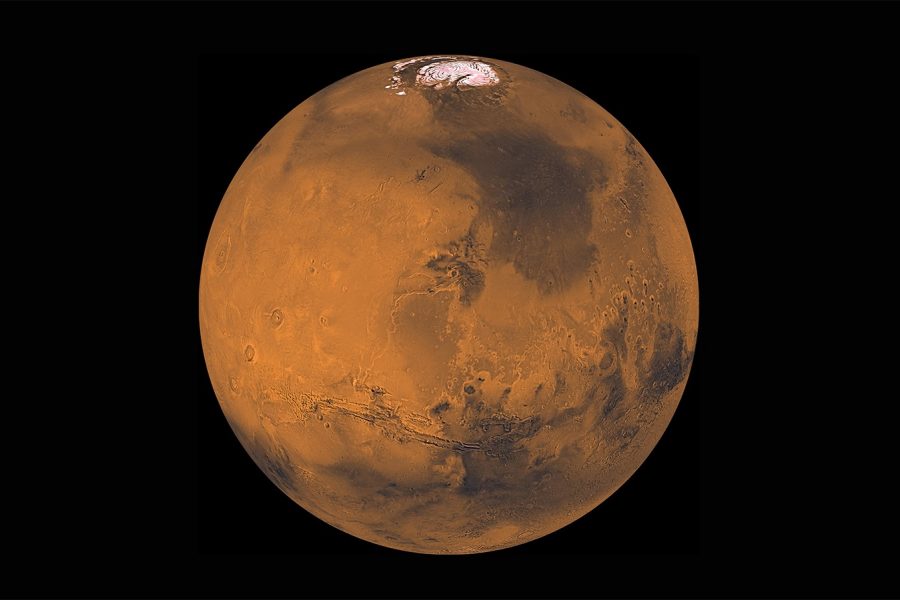 The InSight probe's landing on Mars Nov. 26 was a major step towards better understanding the planet. But the lack of public enthusiasm in response was indicative of a larger issue.

When Neil Armstrong took his first step on the moon on Sunday, July 20, 1969, at 4:18 p.m., America rejoiced. My mom watched from her tiny black-and-white television, too young to understand the magnitude of the feat, but excited nonetheless.

Fifty years later, on Monday, November 26, 2018, at 6:55 a.m, she glanced at her copy of the Washington Post and paused. A NASA space probe had just landed on Mars.

I barely looked up from my cereal. “Mmhhmmm, cool,” I mumbled, before taking a spoonful of my soggy rice krispies.

Granted, I was tired, but I should’ve been more excited about the InSight space probe—the eighth successful probe to land on Mars, and the first that will study the planet’s interior. But at the time, it didn’t seem relevant enough to even warrant a conversation. The general public has downplayed the Insight landing so much that I didn’t even recognize its true gravity—pun intended. The day of the landing, I didn’t hear anyone talking about it in school. Most of my friends weren’t even aware it had happened. When Neil Armstrong walked on the moon, the world celebrated. When the InSight probe landed on Mars, all but a few of us ignored it.

This lack of enthusiasm extends far beyond one probe; in recent years, space exploration has been all but forgotten by the public. In 2017, scientists discovered 10 new planets outside of our solar system that could potentially contain life, but I didn’t know about them until now, researching for this article. The same goes for OSIRIS-REx, the spacecraft NASA launched in 2016, which finally caught up to the asteroid Bennu this month and became the first spacecraft ever to circle an object as small as one mile. We’re constantly learning new things about our solar system, galaxy and universe, but people just don’t seem to care.

Even the landing of the Insight probe was a major advance in itself. In past Mars missions, scientists studied Mars’ atmosphere, its weather patterns and its orbit; now, the world will actually be able to see past its surface. Scientists will attempt to discover the building blocks of the planet’s core. And even more pivotal is that the probe will measure heat radiating from from inside the planet, and if the heat is enough to sustain liquid water, life there may have once existed.

Though later events may not seem as important Neil Armstrong’s moon landing, they’re just as essential to expanding our conception of the solar system and space as a whole and, frankly, every bit as cool. Regardless of whether or not these new innovations are “one giant leap for mankind,” space exploration allows us to broaden our horizons and study other planets, and maybe learn about our own in the process.

We’re divided on so many issues: political party, social views and even sibling spats. Space can serve as a unifier, as something we can all celebrate, no matter our petty arguments on Earth. Our astronomical accomplishments prove that people are still capable of working together to accomplish amazing things.

I didn’t care about the InSight landing when I first heard about it, but I’m excited now. And I’m going to keep being excited about new discoveries, because space isn’t just cool, it’s spectacular. And with the world in the state that it’s in, we all can use something spectacular.