The Black and White • December 12, 2018 • https://theblackandwhite.net/61970/feature/album-reviews-egypt-station-travels-back-to-the-60s-drip-too-hard-lacks-originality/ 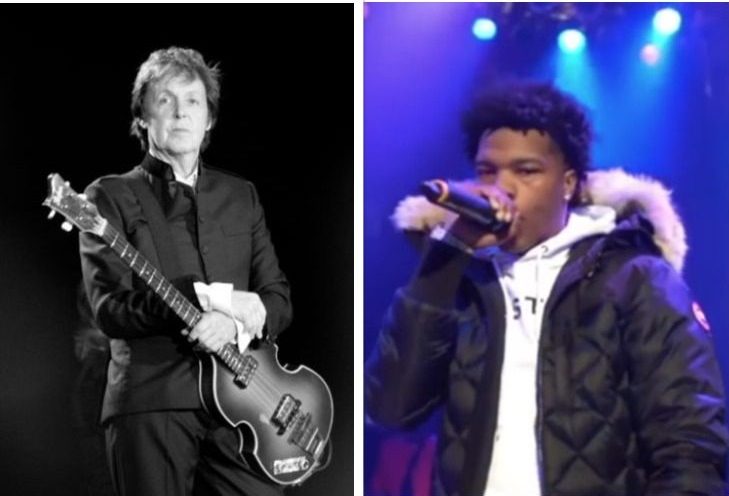 “Egypt Station” has a unique travelogue vibe. In each song, McCartney transports the listener to a specific place from around the world, or to one of his own memories. McCartney begins  this musical journey with the opening track “Opening Station,” which is 45 seconds of the sounds of a bustling train station. Throughout the album, the music varies, travelling back to the Beatles days—the song “I Don’t Know” uses similar chords to the band’s old albums—while other songs chronicle his travel adventures and romantic life. This diversity of the music makes for an exciting and eclectic album.

McCartney’s lyrics discuss his inner thoughts and feel more like a conversation with the audience. McCartney sings, “Well, I see trouble at every turn. I’ve got so many lessons to learn.” It’s inspiring that such a successful musician still expresses humility in his songs—something rather refreshing compared to modern rap albums, which almost always glorify money and success.

McCartney leads his listeners through his memories of being a ladies’ man with the songs, “Come on to me” and “Fuh you.” The upbeat vibe of these songs, accompanied by their raunchy lyrics, shows that, even though he’s 76 years old, McCartney is still young at heart.

“Back in Brazil” is another stop on the musical trip. The groovy and disco-type beat, coupled with McCartney’s uplifting lyrics, transports the listener to a party-filled weekend like the one McCartney sings about. The second to last song is titled “Station 2,” and like “Opening Station,” it’s only the noise of a busy train station, this time signalling the imminent end of the trip.

McCartney still lives up to the hype that once surrounded the Beatles. His successful solo endeavors serve as a testament to his musical genius and ingenuity. Even people who aren’t Beatles fans are likely to appreciate the raw talent combined with years of experience present in McCartney’s “Egypt Station.”

Following a few notable singles this past summer, Lil Baby and Gunna were already on the rise in the hip hop community. But after the release of their joint album “Drip Harder,” they’ve really started turning heads. The album was released Oct. 5, and it features high profile artists like Drake, Young Thug and Nav.

“Drip Too Hard” is the lead single off the Atlanta duo’s new project. The song seamlessly transitions from Lil Baby’s verses to Gunna’s: “Drip too hard, don’t stand too close, you gon f*ck around and drown, off this wave.” The calculated beat drops coupled with electrifying snares make this a good song to vibe to. “Drip” signifies one’s attire, and Lil Baby and Gunna express their love for clothes in this album and their insatiable appetite for the “drip.”

The album’s opening track, “Off White Vlone” featuring Nav and Lil Durk, helps set the tone for the album. It has a calm and soothing beat, accompanied by Lil Baby’s low toned voice. As the beat progresses, Gunna joins Lil Baby. Lil Baby’s lyrics seem simple, but they have double meanings. With “Big Balenci’s, I don’t care for fashion, do it ’cause I can Vlone Forgiato rims, white T-shirt, Amiri Timbs, yeah,” Lil Baby lists a few high end fashion brands that he likes, but then follows up by contradicting himself about his passion for expensive clothes. He creates an image of indifference towards the things he’s rapping about, developing his aloof and apathetic character as a rapper.

While the album has a strong start, songs like “I am” get boring to listen to because Lil Baby doesn’t switch up his flow; the beat stays constant and his voice stays monotone. Gunna tries to revive the song with his verses—“I parked the Bentley inside the garage. I don’t know how much hate I can dodge”—but his lyrics are bland and his voice lacks enthusiasm.

While this album starts an interesting conversation about clothes and fashion, it’s lacking in terms of the lyrical content, which is limited to just “drip.” This materialistic focus leaves fans with something to be desired.