The Black and White • November 21, 2018 • https://theblackandwhite.net/61704/news/fall-athletes-attend-mandatory-hazing-presentation/ 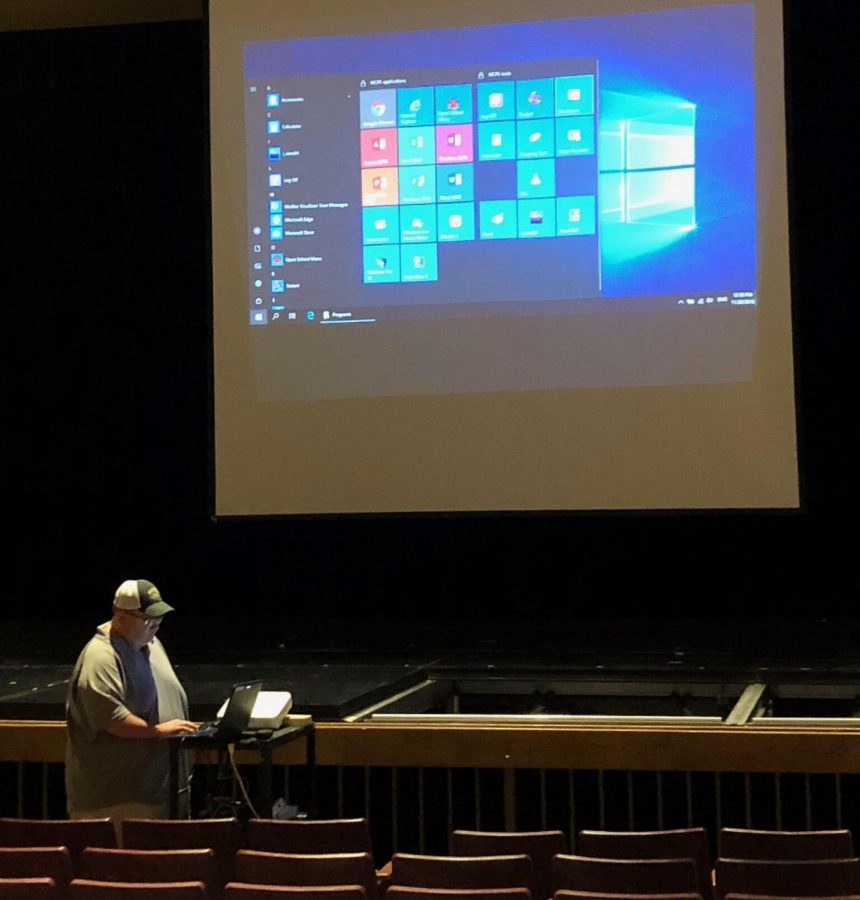 Athletic director Andy Wetzel gives a mandatory presentation on hazing to all fall athletes. MCPS made the presentation and required all county athletes to view it. Photo by Isabella van Nieuwkoop.

Fall athletes attended a mandatory meeting to discuss hazing, bullying and sportsmanship Tuesday during both lunches. MCPS Athletics called for the countywide meeting in response to an alleged sexual assault that involved hazing at Damascus and an alleged physical altercation among football players at Seneca Valley.

“If you engage in any of these [hazing] activities, you’re not welcome here,” Whitman athletic director Andy Wetzel said.

Wetzel stressed that hazing and other abuse don’t fall within these core values, and he urged students to say something if they see anything related to hazing or online abuse. All reports of hazing to administrators are anonymous, he said.

Wetzel also advised athletes to be conscious about what they post online, including refraining from posting rumors about the alleged hazing incidents.

“With social media, anything up there stays there forever,” Wetzel said. “It can affect your future in many ways.”

“You are the face of this school as athletes,” Wetzel said. “We hold you to a higher standard.”

While the presentation acknowledged the dangers of hazing, several students felt that the meeting wouldn’t be a significant deterrent for future hazing incidents.

“It’s important to address [hazing] because it’s a very serious, but I don’t think that the actual meeting was very effective in limiting any future hazing incidents or changing any hazing culture that could be present at our school,” sophomore Holly Adams said.