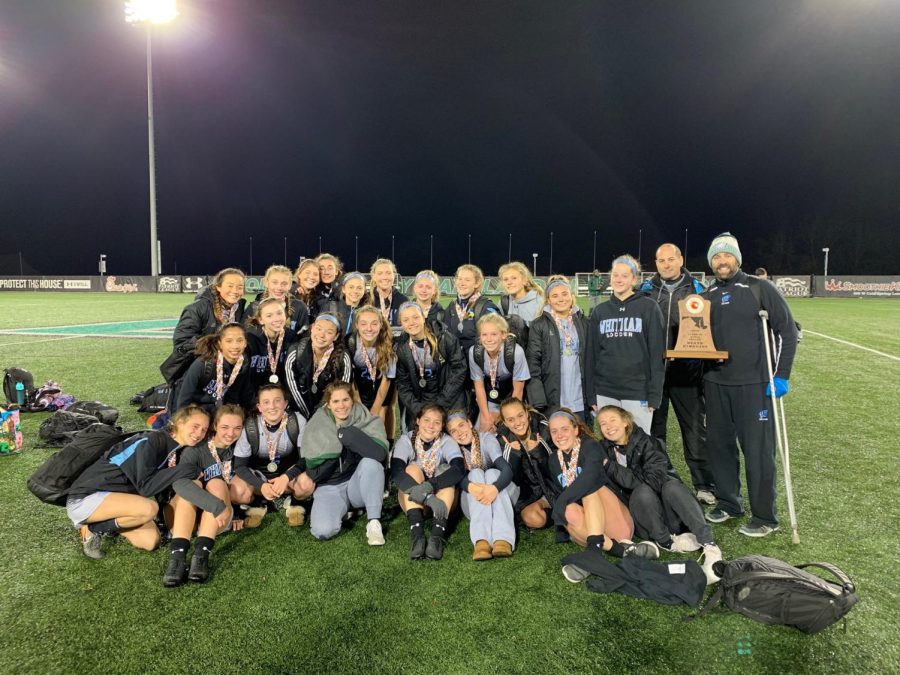 The Gators started off strong, scoring a goal within the first eight minutes of the game. Both teams played aggressive offense for the remainder of the first half, but goalie Katie Stender-Moore didn’t allow anything else to get past her.

The second half began with another forceful start from the Gators, with a goal just three minutes in for a score of 2–0. The Vikes didn’t back down and increased their offensive pressure.

With 25 minutes remaining, defender Morgan Wiese took a free kick into the box, where defender Grace Li headed it into the net to make the score 2–1. Just three minutes later, Wiese took another free kick, and defender Sophie Nichols scored for the Vikes to tie the game 2–2.

“We’ve had a couple of comebacks during the season. We know how to comeback,” defender Molly Knox said. “That first goal of the game got the energy down for the rest of the first half, but after scoring two goals in the span of a couple minutes, our energy was back up.”

The second half continued with forceful play from both teams. The Gators had a shot to the top of net that put them ahead by one goal with sixteen minutes left. About ten minutes later, the Gators scored again, making the final score 4–2.

The Vikes noted that Perry Hall was their most difficult opponent yet, with great finishing skills and athleticism.

“They exposed us offensively,” Wiese said. “They’re by far the most dynamic team we’ve played this season.”

Despite the result, the Vikes are proud of all they accomplished this season.

“I know it didn’t end the way we wanted, but our team did a great job of never giving up,” coach Gregory Herbert said. “After losing the first game of the season, and then winning all the games after that, it is a testament to this team’s work ethic and all they’ve produced this season.”