The Black and White • November 16, 2018 • https://theblackandwhite.net/61674/sports/boys-soccer-captures-state-championship-2-1-over-urbana/ 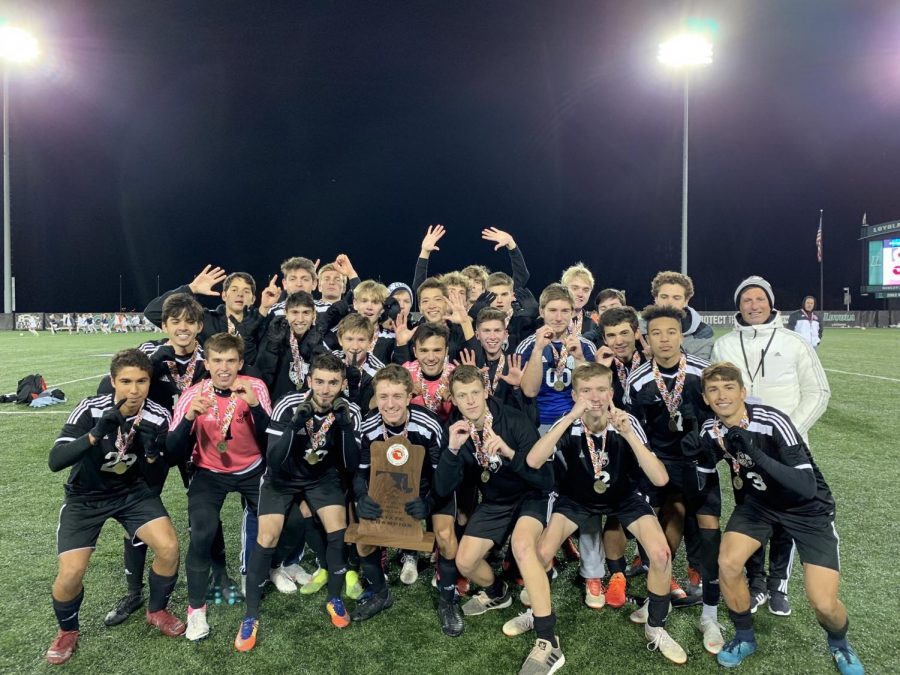 The boys soccer team (17–1) prevailed over the Urbana Hawks (17–3) today to win the Maryland 4A State Championship. This was the team’s 10th state title.

The Vikes had a sluggish start with dominant possession but few shots taken. With 12 minutes left in the half, an Urbana header escaped goalie Sam Nordheimer’s hands to give Urbana an early 1–0 lead.

The Vikes didn’t waste any time to respond, with forward Natan Rosen blasting a shot to the bottom right corner and tying the game 1–1.

In the deciding second half, the Vikes dominated with an aggressive offensive attack. The defense stayed firm against the Hawks with few shots reaching Nordheimer. Students roared in the stands to support the Vikes as their play ramped up.

With 14 minutes left in the game, a scrummage near the goal popped the ball open to forward Ben Wilson who chipped it into the net to give the Vikes a 2–1 lead.

“I saw the ball bouncing, and the moment I kicked it, I didn’t even see it go in,” Wilson said. “I turned around and saw the crowd go crazy. It was insane.”

Whitman students counted down the last 20 seconds with a state championship in their sights. As the clock hit zero, the players and fans went berserk.

“It’s the perfect ending,” captain Thomas Mande said. “It’s everything we worked for and talked about. When you hear the countdown, you feel incredible.”

This was Coach Dave Greene’s sixth state championship for Whitman in his 40 years coaching. Greene accomplished “La Décima,” the players campaign to get their 10th state title. The team last won the state championship in 2014. When asked what he thought when the clock hit zero, Greene responded, “Finally.”

Thomas Mande is Online Editor in Chief of The Black & White.