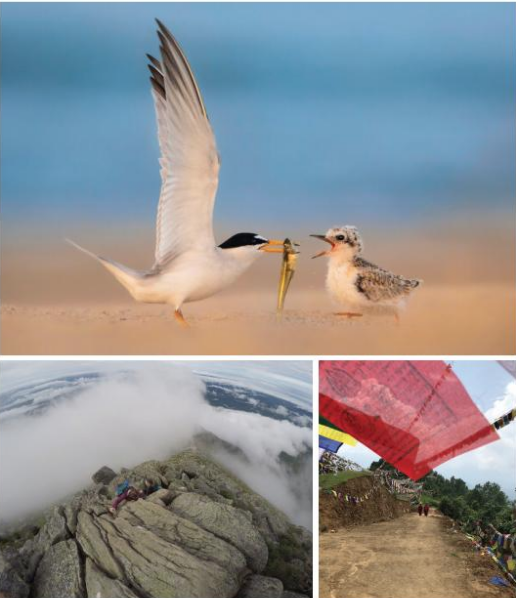 The Black & White held a photo contest this fall, asking students to submit photos they captured during the summer. These are the top three entries. 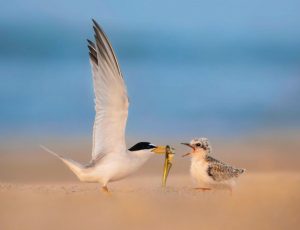 Darnell took this picture of this Least Tern chick in Cape Cod, Mass. this July.

Darnell was at the shore trying to photograph the seabirds with their chicks for several hours when a large bird swooped in and started feeding a chick, he said.

He used a Canon 7D Mark II camera to shoot the image. He said he hoped the photo would showcase Cape Cod’s natural beauty.

“I wanted to share the beauty of the seabirds and showcase a great moment,” Darnell said. “I hope to spread conservation awareness by showing people how precious these birds are.” 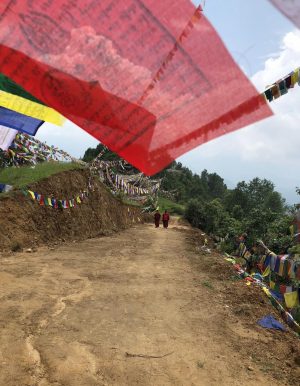 O’Prey captured this photo of two buddhist monks on an iPhone X at Namo Buddha, a buddhist monastery near Kathmandu, Nepal, in June.

O’Prey said she was drawn to the vivid colors at the monastery.

“I was blown away by all the color from the prayer flags, and I had seen the two monks walking around a lot,” she said. “I wanted to capture them in that environment, and when I saw the opportunity, I took it.” 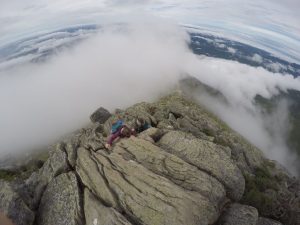 Krush took this photo on the top of Mount Katahdin on the last day of a 22-day backpacking trip this August. She used a GoPro to capture the early morning fog.

Krush said she thought she wouldn’t be able to summit because there was a chance of thunderstorms. The photo reminds her of her rewarding summer trip, she said.

“I really like that it shows the ridge we were hiking along and also how high up we were,” Krush said. “I love the memories behind the photo. It makes it really special to me.”