The Black and White • October 20, 2018 • https://theblackandwhite.net/61344/sports/girls-volleyball-takes-down-poolesville-3-1-on-senior-night/ 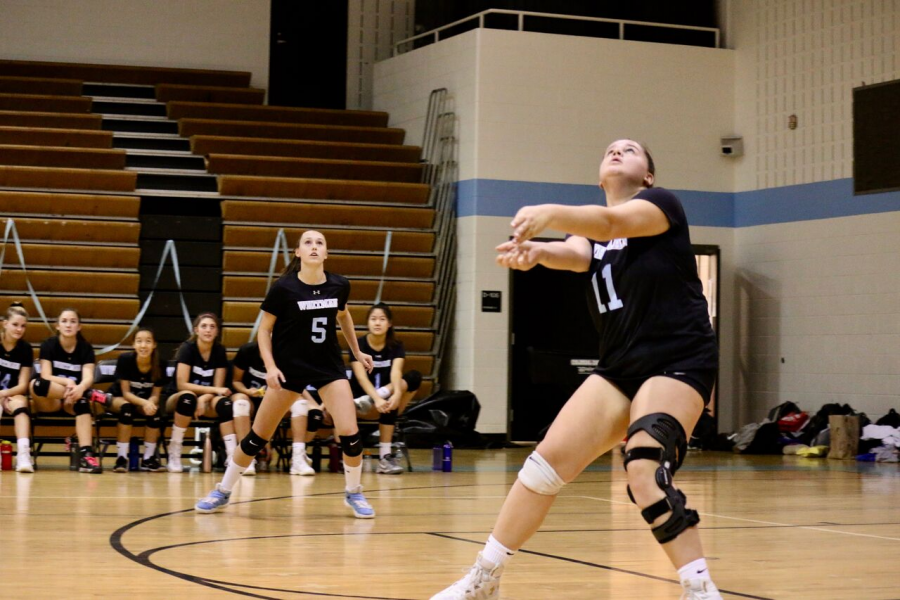 Right side hitter Lauren Oppenheim winds up to spike the ball over the net. Oppenheim and the other four seniors celebrated their senior night Thursday as they played their last home game of the regular season. Photo by Kurumi Sato.

The girls volleyball team (9–3) defeated the Poolesville Falcons (7–5) 3–1 Thursday on the senior night.

The Vikes had a sluggish start in the first set, but were able to mount a comeback at the end despite losing the set 23–25. The team was able to keep the same momentum at the end of the first set and dominated for the rest of the game. Their strong offense, consisting of multiple highlight spikes, led the squad to three easy set wins including a 25–4 set score.

The game was played on senior night for the Vikes as they took the floor with all five seniors: Gabi Chatwin, Lauren Oppenheim, Olivia Personeni, Julia Rubin and Jessie Solomon.

“The feeling was incredible,” Oppenheim said. “I can’t describe it. I still feel like a freshman, yet I’m a senior who just played her last home game.”

The team’s next game is away against the Blake Bengals Monday at 6:00pm.