The Black and White • October 12, 2018 • https://theblackandwhite.net/61263/opinion/excused-absences-for-student-activism-are-good-but-we-want-more/

Excused absences for student activism are good, but we want more 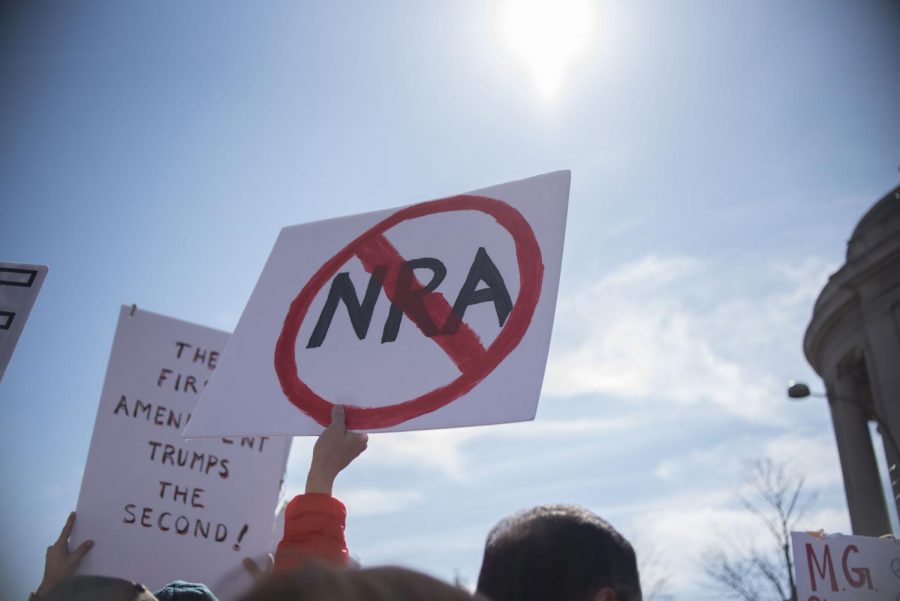 During the seventeen minutes of silence, the only sounds heard in front of the White House north lawn was the shutter of cameras and the murmuring of reporters. For MCPS students attending post-Parkland March 14 school walkouts, this act of civic defiance was exciting and powerful. For principals and administrators, it posed a problem about how best to handle  unexcused absences during school hours.

The Montgomery County Board of Education will vote on a bill in mid-October that would give high school students up to three excused absences per year to participate in approved “civic engagement activities.” The bill seeks to set a standardized response regarding organized protests that the entire county will adopt.

Although this proposal is an improvement on current policy, where the school’s principal has complete power to decide whether or not to excuse absences, the bill doesn’t go far enough. As it stands, the bill is riddled with restrictions, including making spontaneous protests—like the walkout following the 2016 presidential election—effectively impossible by requiring all activities to be sponsored by recognized organizations. The proposal also adds extra requirements for students who miss school, such as essays. If the Montgomery County Board of Education truly wants to support student civic engagement, they should remove these restrictions.

Under the proposed bill, students who want to be excused for a protest must provide a letter from their parents and get a signature from the principal before the absence. The protests must also be sponsored by recognized organizations, but the bill doesn’t specify the standards to determine what constitutes a “legitimately organized group.” The principal of each school would have to decide themselves, which undermines the goal of a standardized approach.

To make matters worse, an amendment will almost certainly be added to the bill requiring students to write an essay after their protests to show evidence of learning, said Board Member Patricia O’Neill. This added requirement could discourage many students from protesting and relegate civic activism to another SSL activity.

The proposed bill introduces opportunities and challenges for student activists. MoCo Students for Change, a liberal student organization formed following the Parkland shooting, supports the bill because it will allow them to be excused for protests, but spokesperson Hari Iyer acknowledged that the bill will force the organization to change tactics and work more with administrators.

Council members argue that because schools have a responsibility to keep kids safe, they can’t give students complete freedom to participate in all protests. Spontaneous protests are especially dangerous because teachers don’t know where students are, said O’Neill. Precautions might not be in place to keep everyone under control.

But most of the bill’s requirements are unrelated to student safety. Essays don’t make students safer, and neither does a principal’s subjective approval. During the spontaneous walkouts following the 2016 election, students had police protection, and they went in groups. There were no inquiries or arrests.

Protests like the 2016 walkout are especially important because they are organized by students, for students. They allow students to initiate their own activism and hold political independence. The current bill will make this significantly more difficult.

The bill’s sponsors also fear students will use non-legitimate protests as excuses to skip class and believe restrictions like the essay will prevent this. Yet there’s little evidence that students have taken advantage of any walkouts to date, and there’s no real indication that we’ll see any change.

The current bill is a step in the right direction, but it’s not enough. To truly support student activism, the bill shouldn’t only grant students excused absences for organized, centralized civic engagement. It should give more power to spontaneous, grassroots student movements that directly represent the concerns of the student body.

Protesting teaches students about civic engagement and brings the abstract lessons of the classroom to the real world. We should be proud that our student body is so engaged and committed to political change. In an era of unprecedented student political activity, the ability for students to protest without incurring disciplinary action is more important than ever.