The Black and White • October 11, 2018 • https://theblackandwhite.net/61247/news/whitman-welcomes-new-asst-principals/ 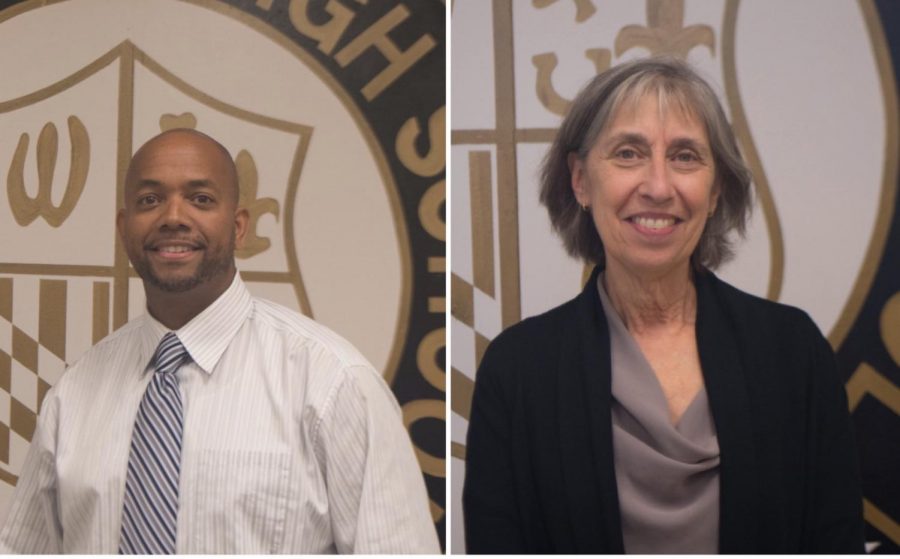 Before going into education, Lipson designed and manufactured kites, costumes, play houses, puppets and stuffed toys for her own company, Dinosaur. She sold the toys to museums all over the world, including the Smithsonian and the Metropolitan Museum of Art.

“A museum shop’s mission is education,” Lipson said. “I became very interested, so I decided to use my experiences and bring those with me into education.”

Lipson has had a variety of careers. Her first teaching job was teaching math at Rosa Parks Middle School 20 years ago. In 2013, MCPS assigned her as the supervisor of Student Online Learning and of the Office of Curriculum and Instructional programs.

Teachers say Lipson is enthusiastic about the departments she oversees.

Lipson said she looks forward to attending football games and interacting with students.

He left IDEA in 2014 to help create a D.C. branch of Texas’ Harmony Public Schools, a system of charter schools that teach STEM to students in low income areas.

“For me, it was a matter of exposing kids to hands-on learning at an earlier time,” Yarborough said. “Around 90 percent of the school is African American. Kids of color are not pushed in the math and sciences. Harmony gives them the opportunity to explore STEM.”

Last year, he was an assistant principal at Wilbert Tucker Woodson High School in Fairfax county, where his drive to work took an hour and 45 minutes. Now, it’s only 30 minutes, he said.

The short commute and Whitman’s positive reputation motivated him to come to the school, Yarborough said.

Yarborough oversees the English, ESOL and fine arts departments, and is the 9th grade administrator. He said interacting with students is his favorite part of the job.

“High school is a critical point in young adults’ lives,” Yarborough said. “Establishing relationships and truly understanding the influence you have on someone makes my job very rewarding.”

Many staff members said they appreciate Yarborough’s attitude and are excited to work with him.

“He sounds very energetic and ambitious,” English teacher Eric Ertman said. “I’m happy to be working with him.”

Yarborough said he values a sense of community. He hosted a barbeque for the whole staff over the summer, a tradition he picked up from Woodson High School. Yarborough is active on Twitter and uses #onewhitman to promote togetherness.

“I believe that in a community, everyone supports any and everything that’s Whitman,” Yarborough said. “Doesn’t matter what it is. It’s just one Whitman.”

This story has been updated from its original content run in October 10 issue of The Black & White print newspaper. The original story incorrectly reported that assistant principal Michelle Lipson’s most recent teaching job was a math teacher at Rosa Parks middle school 20 years ago. It was actually her first teaching job.