The Black and White • October 11, 2018 • https://theblackandwhite.net/61166/opinion/blogs/sexual-assault-isnt-partisan-so-why-is-the-response/

Sexual assault isn’t partisan. So why is the response? 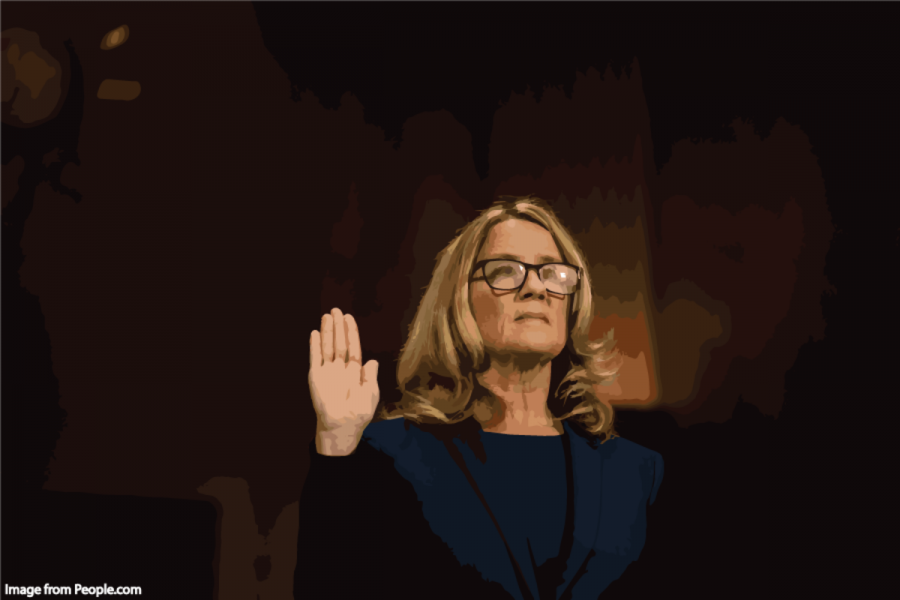 When I switched on Brett Kavanaugh’s hearing, I couldn’t have cared less what either party said, because I knew what I believed: Kavanaugh sexually assaulted Christine Blasey Ford 36 years ago.

As Ford testified, I nodded vigorously along with her allegations and felt myself tearing up when she recounted her assault. I believed her. I still do.

Then Kavanaugh took the stand. When he began, he was angry. I enthusiastically accepted his anger as rudeness, and added it to the running “why I hate Brett Kavanaugh” list I kept in the back of my mind. The list I’d kept even before Ford’s accusations.

But then he spoke of his daughters. His voice shook. And I realized that he, like Ford or myself, was just a person.

From the day Ford came forward with her allegations, both she and Kavanaugh have been reduced to symbols of their respective political parties. Caught up in the intensity of our political divisions, we’ve forgotten that they’re people, and see only “Democrat” or “Republican.

I disliked Kavanaugh from the beginning, so I wrote off everything he had to say. I was quick to find reasons to hate him—whether proclaiming he had anger issues or calling him an alcoholic. From what I’ve seen, Republicans have given the same treatment to Ford, accusing her of being a liar and colluding with Democratic leaders to take down Kavanaugh.

This whirlwind of political narratives has rendered the personal reality of the situation forgotten. Ford underwent a traumatic event over 30 years ago, and her decision to come forward has turned her life upside down. Similarly, Kavanaugh has watched his entire career and reputation be put on the line.

Ford and Kavanaugh are both in extremely difficult situations, and both deserve to be heard, entirely separate from party affiliation. And as a country, our motives in choosing which side to believe need to be free of partisanship as well.

President Donald Trump tweeted that the accusation is part of the Democrats’ “high level con game” in their effort to ruin Kavanaugh, and that “behind the scene, the Dems are laughing.”

A woman claimed she was assaulted. Believe me, Mr. President, no one is laughing.

Last week, Kavanaugh was confirmed. The allocation of votes was dismaying: 50 Republicans and one Democrat voted for him, 48 Democrats and one Republican against. This stark split, on the basis of party, makes it seem like Republicans either chose not to believe her or chose not to care, and Democrats ignored Kavanaugh’s defense based on beliefs acquired long before the hearing.

I’m 16, one year older than Ford was when she said she was assaulted in 1982. It terrifies me that Kavanaugh, regardless of his party affiliation, will sit on a judge’s bench in the U.S. Supreme Court building, making decisions concerning the future of the country. But it terrifies me even more that we’re living in an age when the choice to believe a woman who claims to have been sexually assaulted is based more on party loyalty than actual facts.

I hope we can blur the partisan line we’ve drawn, because sexual assault isn’t an issue of Republicans or Democrats. It’s an issue of one person harming another. And that’s something America should never, ever stand for.