The Black and White • September 23, 2018 • https://theblackandwhite.net/60826/news/ocean-city-sees-tourism-increase-from-late-school-start/ 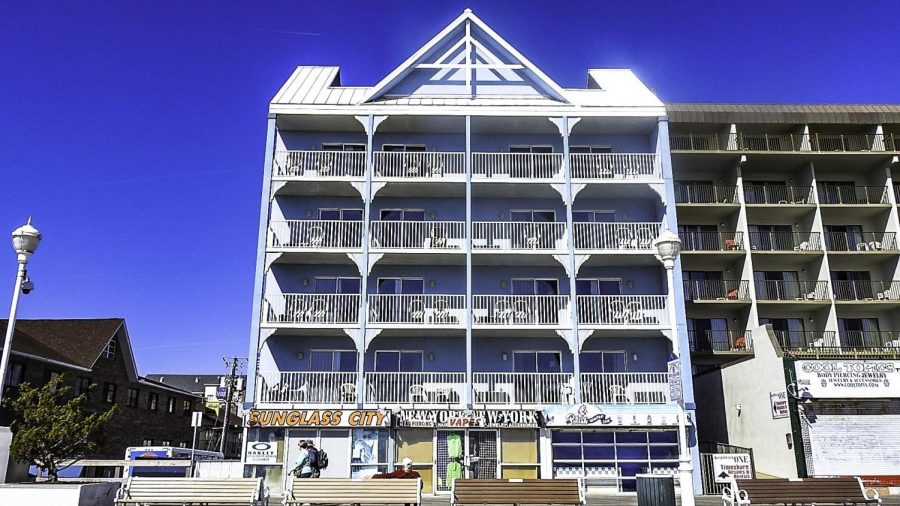 A hotel and boardwalk retail spaces are among recent, finished construction projects in Ocean City. Ocean City has seen a rise in tourism traffic over Labor Day weekend compared to the years before Gov. Hogan’s executive order to start school after the holiday. Photo courtesy Ocean City Development Corporation.

Ocean City and other parts of the Eastern Shore experienced a successful end to their tourism season for the second year since Gov. Larry Hogan’s 2016 executive order mandated that schools start after Labor Day. The measure has attracted more tourism to Ocean City during the week and weekend before the new school start time than in years before the order was issued, executive director for the Ocean City Hotel-Motel-Restaurant Association Susan Jones said.

Although August–September 2018 revenue reports haven’t been released yet, the Ocean City Hotel-Motel-Restaurant Association noted an increased flow of tourists the week before the school year began.

“We had a strong last two weeks of summer in August,” Jones said. “With schools [starting] after Labor Day, families from around the state are taking the time to vacation at the end of summer now.”

Other factors may also have influenced Labor Day successes, like a dozen newly constructed sites of parks and plazas which can help increase tourism flow, executive director of the Ocean City Development Corporation Glenn Irwin said.

Members of the state House proposed measures that would make it easier for local school districts to decide when they want to start school, but there’s no indication that MCPS will start earlier in future years.

“It is an accepted fact that the vast majority of Marylanders—including parents and teachers—support a return to a common sense school calendar that starts after Labor Day, an initiative that had strong bipartisan support long before Gov. Hogan’s executive order,” Hogan spokeswoman Amelia Chasse said in a statement.