The Black and White • July 31, 2018 • https://theblackandwhite.net/60293/opinion/the-democratic-party-is-shifting-to-the-left-we-should-embrace-that/

The Democratic party is shifting to the left: we should embrace that 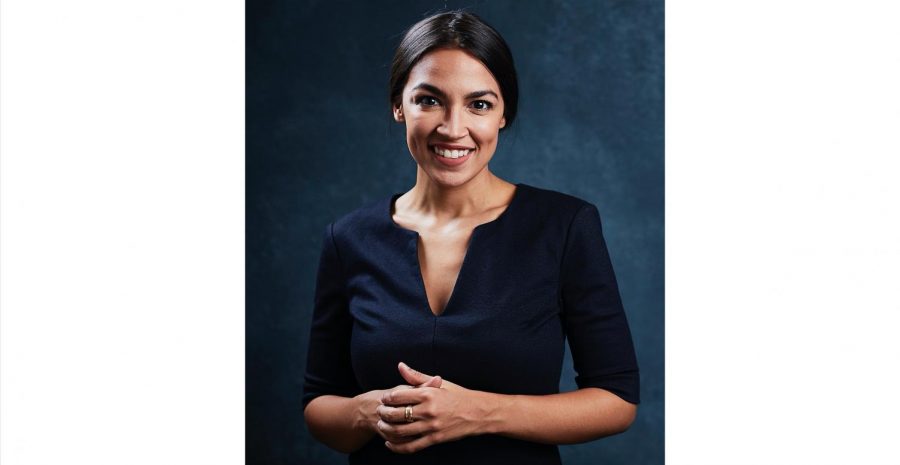 When Alexandria Ocasio-Cortez announced her candidacy for the Democratic congressional primaries, few paid her notice. As a 28-year-old part-time bartender from the Bronx running on a socialist platform against the party’s fourth-ranked Democrat, she faced long odds. But her June 26 victory shook the country, and made it clear to all that in the Trump era, everything is changing.

Her victory comes amidst a rapidly growing national interest in socialism, anti-capitalism and radical leftism, especially among young people. A June New York Times poll found 61 percent of Democrats between the ages of 18 and 34 view socialism positively. Additionally, the Democratic Socialists of America, the face of the new leftist movement, has grown from around 6,000 members in 2015 to 43,000 as of July this year, making it the biggest socialist organization in America since World War II.

But rather than embracing the success of left-wing candidates such as Ocasio-Cortez, many leaders from the Democratic party establishment, such as House Minority Leader Nancy Pelosi, have been fighting back against this socialist insurgency, downplaying the significance of the victories or declaring that socialist values have no place in the Democratic party. These attacks are foolish and counterproductive. Embracing socialism is the best way to fight president Donald Trump and the new far-right.

The rise of the radical left has received so much attention because socialist candidates performed well not just in New York City, but all around the country. Already before Ocasio-Cortez, the DSA was in the news after two female members won upset victories against Dom Costa and Paul Costa respectively, two members of an iconic Pennsylvania political family, in the primary for seats in the state House of Representatives.

The left wing insurgency also reached Montgomery County. Two candidates endorsed by the local county branch of the DSA—Gabriel Acevero and Vaughn Stewart—won their respective primaries for Democratic candidates in the Maryland House of Delegates. Furthermore, three-term councilmember Marc Elrich squeezed out a victory in the County Executive primary election. Should he win the general election, he will become the socialist with the largest constituency in the nation.

The results in the county are all the more surprising considering that establishment candidate Hillary Clinton swept leftist Bernie Sanders with more than 67 percent of the vote during the 2016 Democratic presidential primaries. The success of these socialist candidates in a traditionally establishment-Democrat county indicates that the political situation is shifting rapidly.

The shift should be welcomed. As the middle class shrinks, inequality balloons and wages stagnate, wide swaths of the population are seeking alternatives to the status quo. Trump won in large part because he recognized the frustrations faced by a growing portion of politically disenfranchised voters. He said the country had lost its way, and that only he had the solution. His promises to Make America Great Again sent him to the White House.

But that’s not how things have to be. Socialism recognizes the problems and paints a compelling counternarative. It offers voters solutions ranging from Medicare for all and a universal jobs guarantee to, ultimately, the complete abolition of capitalism.

Admittedly, socialism still has a long way to go before reaching the political mainstream. Ideals of individualism and free-market capitalism remain fundamental parts of America’s national identity, and though socialism is clearly no longer a cultural boogeyman, some of its more radical facets remain taboo. Even self-declared socialist candidates often support policy that’s more New Deal progressivism than radical anti-capitalism.

Although America’s radical left still faces difficulties, it’s clear that this year’s primaries signify important progress. Socialist candidates are appearing on front pages not as villains but regular politicians. Americans are finally hearing the word “socialist” outside of the context of Cold War propaganda.

It’s still too early to tell if the primaries mark the beginning of a new era for the Democratic party. The Democratic establishment will likely try to push back against the far left, although it might already be too late. But as socioeconomic anxiety and demographic shifts drive voters to extremes, politics will increasingly become a choice between a transition to socialism or regression into barbarism. The Democratic party must embrace socialism as an bold, moral and necessary way to regain power and move the country into the future.

The author is a member of the Metro DC DSA.