The Black and White • June 25, 2018 • https://theblackandwhite.net/60271/news/ptsa-holds-retirement-party-for-administrators/ 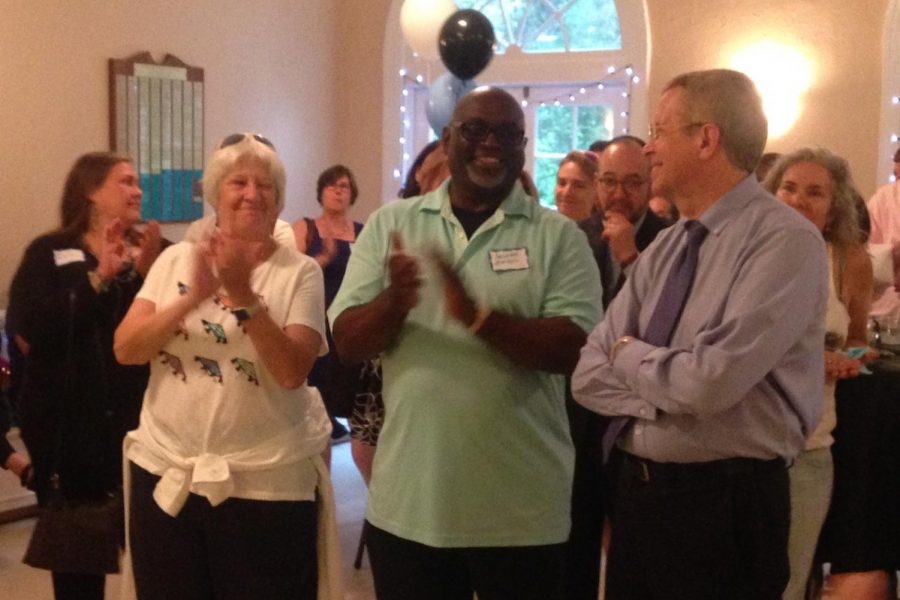 The PTSA held a retirement party June 13 for retiring administrators Alan Goodwin, Jerome Easton and Kathy McHale at the Bannockburn Community Clubhouse. The event was open to staff members, parents and former students.

The PTSA organized the party to give the Whitman community an opportunity to say goodbye, PTSA president Lisa Sanfuentes said.

“People who might have graduated even 10 years ago were invited,” Sanfuentes said. “It gives everyone a chance to wish the administrators a farewell in their retirement and chat about the memories we have of them.”

Goodwin has been principal at Whitman for 14 years, and McHale and Easton have been working at Whitman for 34 and eight years, respectively. Easton said the goodbyes were bittersweet.

“My overall relationship with the parents at Walt Whitman has been absolutely fantastic,” Easton said. “I’ve enjoyed working with them, I’ve enjoyed helping them and I’ve enjoyed all the many phone calls.”

The party occurred three weeks after the MCPS Board of Education approved Robert Dodd as Whitman’s new principal May 21. The board also approved Michelle Lipson, the current MCPS Student Online Learning Supervisor, as one of the new assistant principals in June. Dodd and Goodwin will set up interviews with applicants for the remaining assistant principal position, and deputy superintendent Kimberly Statham will approve the selected candidate.

The celebration allowed parents to reflect on the impact each of the current administrators has had on the community. Sanfuentes acknowledged potential changes for the next school year, with new administrators arriving.

“There could be some little hiccups along the way, but I’m not concerned about it,” Sanfuentes said. “I’ve met Dr. Dodd and he seems extremely engaged and caring and very enthusiastic about his new job, so I’m optimistic that Whitman is just going to continue as great as it has been.”