The Black and White • June 14, 2018 • https://theblackandwhite.net/60202/uncategorized/die-lit-playboi-cartis-debut-album-lacks-depth-originality/ 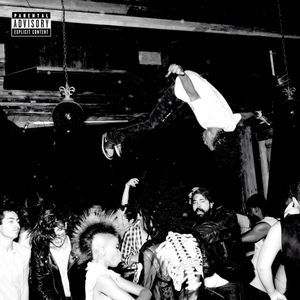 After accumulating massive success from his last mixtape “Playboi Carti,” the rapper of the same name dropped his new album, “Die Lit,” May 11. The album is filled with upbeat party records, but the songs generally lack any deeper meaning.

The hour-long album is uninspired and quickly becomes repetitive, disappointing those who hoped Carti’s “mumble rapping” style would evolve into more intricate lyricism. In many ways, Carti’s new album is similar to his previous projects, but “Die Lit” boasts more guest stars, including Lil Uzi Vert on “Shoota” and Nicki Minaj on “Poke it Out,” giving the album some vocal variety.

In “R.I.P.,” Carti raps, “Bought a crib for mama off that mumblin’ sh*t.” Carti’s self realization on this song is commendable. As the poster boy of “mumble rapping,” Carti acknowledges the success the style has brought him, while admitting that some listeners look down upon it. Perhaps his music would reach listeners if he found a middle ground between conventional rap and mumble rapping.

Although Carti isn’t a standout star, his energy and producer Pierre Bourne’s skills make “Die Lit” a party-favorite. Carti’s songs have always been driven by the excitement, and, despite its repetitiveness, this album keeps people feeling lit.