The Black and White • June 4, 2018 • https://theblackandwhite.net/60058/opinion/blogs/help-students-embrace-multiple-cultures-not-just-one/ 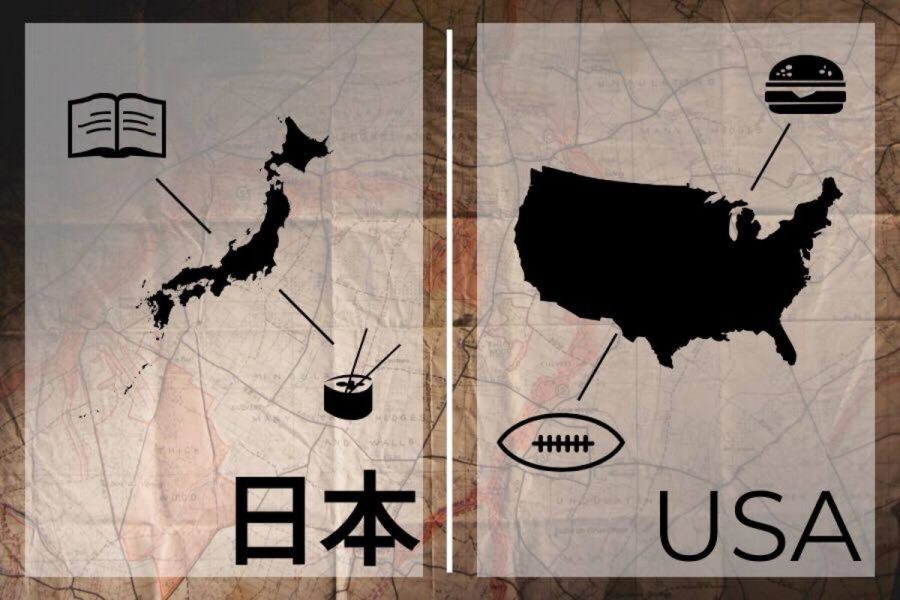 I’ve lived in eight houses, four countries and two continents, from the cityscapes of Tokyo to the suburbs of Bethesda. Although I’m used to moving, I struggle to balance my family’s Japanese values with my peers’ American ones. Caught between the cultures of two countries, I can’t become fully immersed in either.

I was born in Tokyo, but after only two years I moved to Taipei, Taiwan, and then to Jakarta, Indonesia, in elementary school. In middle school I moved back to Tokyo until high school, when I moved to Bethesda. All of these places filled my life with different cultures, traditions and perspectives. Although there were students of different backgrounds, I still felt out of place.

In elementary school, I ate out of a bento box rather than plastic tupperware, and my pencil case had a Japanese design. Come every United Nations Day, I proudly wore my kimono and traditional obi. Because of these traditions, my American peers would tell me I was “too Asian.”

I wanted to embrace my Japanese culture, but knowing little about about my country’s heritage discouraged me. When my friends asked me simple questions about Japanese culture—like what food was in a typical Japanese student’s lunch—I never knew the answers.

Not knowing how to respond made me feel like I wasn’t a part of the Japanese community. It constantly confirmed in my mind that I didn’t have a place to call home.

Although it was difficult to fit in with American kids, it was even harder to become friends with Japanese kids. In elementary school, I lived in an apartment in Jakarta with a large Japanese population. All the kids would import the newest comic books, listen to the breakout J-pop stars and watch the most popular Japanese TV shows. But because I never spent time in Japan, I didn’t know the trends, so they would rarely include me in their conversations.

As I came home from school, I would hear them whisper about me: the Japanese kid who spoke English. The other kids would run away from my family, calling us “foreigners” like we had a contagious disease. My siblings and I cried for hours. Even though our ancestry made us Japanese, we never felt we truly belonged.

After elementary school, I moved back to Japan for three years and learned more about my history and culture. I’m now able to answer American tourists’ questions, keep up with the latest trends and even make Japanese friends. Because I’m more knowledgeable about Japan, I finally fit in.

But this isn’t how it should be. I shouldn’t have to be able to name the tallest building in Japan or know all the lyrics to the newest J-pop song to be accepted as Japanese. Nor should I have to hide my Japanese culture to be accepted into the American community. A sense of cultural identity is simply the feeling of belonging to a group, and my identity shouldn’t depend on arbitrary standards about what qualifies a person as Japanese or American.

My experiences at Whitman have been much better than those at my elementary school, something I largely attribute to the active and sizable international community. Still, students must learn to be more accepting and open-minded about what it means to be part of a culture. I hear some of my friends making fun of other Asians for not being “Asian enough” because they don’t know how to speak the language. No one has the right to delegitimize a person’s identity, and this behavior should never be accepted.

It’s hard to live life with an identity that doesn’t fall into neat categories. I’m American to Japanese people, and I’m Japanese to American people, but belonging to multiple cultures shouldn’t make me feel excluded. We need to become more inclusive as a community and help students embrace all of their cultures, however many that may be.