The Black and White • June 9, 2018 • https://theblackandwhite.net/60041/opinion/blogs/science-fiction-and-fantasy-deserve-to-be-on-school-reading-lists/

Science fiction and fantasy deserve to be on school reading lists 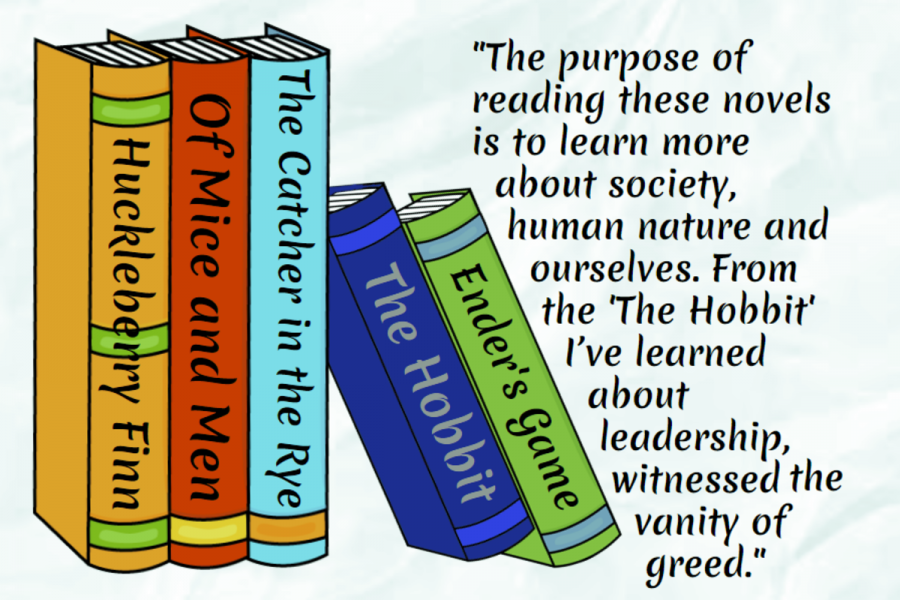 If there’s anything students love it’s robots, dystopias and monsters. Unfortunately, none of these things appears in classic English books like “Huckleberry Finn,” “The Catcher in the Rye,” or “Of Mice and Men.” Unsurprisingly, no one wants to read those books.

When Mary Shelley wrote “Frankenstein” in 1823, her work signified the start of speculative fiction, a genre including both science fiction and fantasy. Speculative fiction has maintained a constant presence in popular culture since the start of the 20th century, and it’s become increasingly popular in recent years.

The Marvel Cinematic Universe has quickly become the highest grossing film franchise in history with four of the top ten highest grossing films of all time, according to the website BoxOfficeMojo. HBO’s television shows “Westworld” and “Game of Thrones” dominate the airwaves. Popular culture has bought into speculative fiction in a way previously unheard of.

The MCPS Board of Education, however, doesn’t share this same enthusiasm. The MCPS English curriculum rarely includes speculative fiction in its reading list, instead focusing mainly on the classics.

For students, many of these “classics” are just plain boring. The plots are long and tedious, and by the time you finish reading you feel like you just watched paint dry. The world the author creates is familiar enough to understand, but not outlandish enough to build a desire to learn more.

Science fiction bridges that gap. When students are genuinely interested in the setting, plot and characters they’re more likely to actually read the book instead of using SparkNotes to pass the next reading quiz. Speculative fiction engages students in ways that classical literature can’t.

While there is undoubtedly a lot to learn from the classics, students can’t learn if they’re uninterested. If you ask English teachers if “The Hobbit” is a literary masterpiece, most would probably say no. But from the “The Hobbit” I’ve learned about leadership, witnessed the vainess of greed and discovered Bilbo—a hero who never wanted to be a hero—whose struggles spoke to me in a way few ever had. When I read about Bilbo’s confrontation with the dragon Smaug, I was more engrossed and focused then I ever was reading Shakespeare or Salinger.

When I hear my classmates complain about the book they are reading in English class, I feel that in a way, the education system has failed. The purpose of reading these novels is to learn more about society, human nature and ourselves. But when students don’t want to read the books, they’re not going to discuss them outside of class or think critically about the novels’ implications.

There is some hope on the horizon for speculative fiction inclusion in the curriculum. Huxley’s “Brave New World,” Orwell’s “1984” and Bradbury’s “Fahrenheit 451” are all staples of the English curriculum for their portrayals of the bleak dystopian futures. However, that is not enough. It’s time we update our English curriculum to reflect what students actually enjoy reading.