The Black and White • June 13, 2018 • https://theblackandwhite.net/59796/feature/national-greek-life-incidents-sway-students-college-choices/ 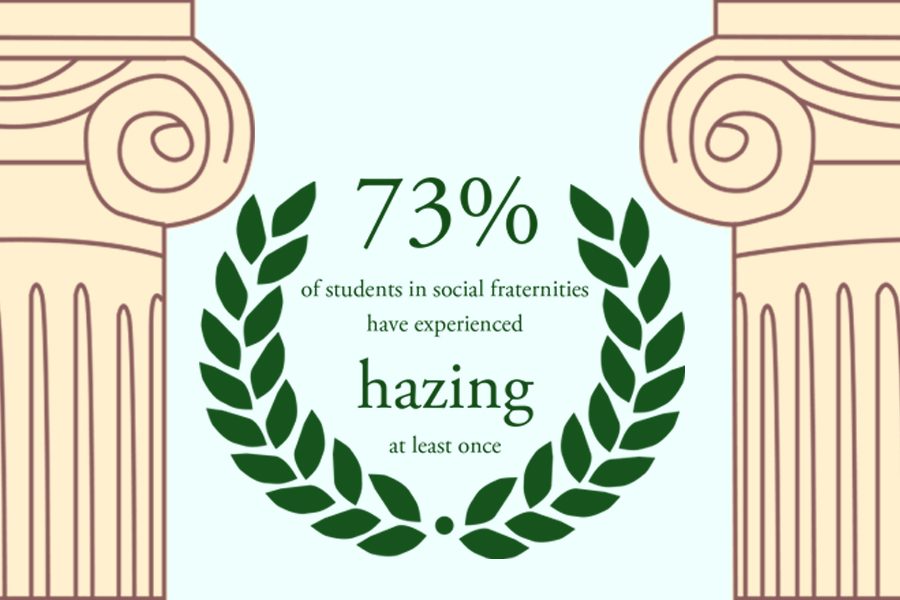 A college freshman at a top university sits in a fraternity house with the rest of his pledge class. Someone hands them a case of beer and a full handle of vodka. “You have 10 minutes,” the pledge master announces.

Compared to the hazing that occurs at fraternities across the country, this freshman considers his experience fairly mild. Last year was eventful for Greek life, with several reports of abuse and bullying and four fraternity-related deaths at various colleges, according to Time. Sexual assault allegations against fraternities have also increased, and many fraternities have been punished for sexual misconduct.

As students visit and commit to universities, Greek life has influenced some seniors’ decisions.

Many universities have suspended and banned various Greek organizations in response to incidents. At Penn State University, all fraternity social events were suspended after a student died at a party at Beta Theta Pi, which is now permanently banned. At the University of Michigan, all Greek social activities were suspended November 2017 by the Interfraternity Council, a governing group of representatives from various fraternities, in response to sexual misconduct, hazing and drug use.

“I actually thought it reflected pretty well on the school given that it wasn’t the administration that suspended fraternity activities, but the students themselves,” said senior Emma Forde, who will be attending the University of Michigan in the fall. “I thought it showed a lot of awareness by the students and makes me think that most people involved want to make the community safer and better.”

Universities are hesitant to completely abolish Greek life because many of the people who sit on decision boards and donate money to schools are alumni of Greek organizations, said Jonathan Earle, dean of the Roger Hadfield Ogden Honors College at Louisiana State University. Greek houses also provide a lot of student housing that universities cannot provide.

At Cornell University, fraternity Zeta Beta Tau recently made national news and was put on probation for two years for their supposed “pig roast” tradition as part of freshman initiation. Pledges earned points for sleeping with girls—the heavier the girl, the more points. Many fraternities have also received social prohibition, meaning they aren’t allowed to hold official events, in response to hazing reports. Incidents like these are common in various fraternities across the country, Cornell University freshman Robbie Kraff (’17) and member of Sigma Phi Epsilon, said.

“The pig roast incident specifically may be pushing it a little bit, but applauding people for sexual conquest and hazing is kind of standard in a lot of fraternities,” Kraff said. “Usually it’s not as systematic as they supposedly had it, but there is the same applause.”

One college freshman (’17) recounted his experience with hazing, sharing how the pledge master gave him seven bandanas and told him to strip naked and cover himself. He then sprinted around the frat house while brothers threw mixtures of beer, milk and hot sauce at the pledges. While uncomfortable, he said he never felt unsafe during his hazing experience.

“Really, there was nothing deadly, and they know who can handle it and who can’t,” he said. “And in addition to the pledge master, they have the president of the frat at every event with hazing and before he comes up to us and basically says, ‘If you don’t feel comfortable at any point, let me know. Let anyone know. You don’t have to participate.’ They do a really good job of telling us not to do anything we don’t want to do.”

“In a way it colored my view of the school, but not really. I think that a lot of people assume that Greek life is a lot of partying and that bad things will happen with drugs and alcohol, which will lead to sexual assault,” O’Halloran said. “But being down there and seeing the sisterhood that they have together and the bond that they shared, I think it was easy to overcome those ideas.”

Many believe that Greek life’s ability to help students form lifelong bonds and foster a sense of close community outweigh the risks. While the national incidents negatively influenced some students’ opinions at first, exploring specific fraternities and sororities at various schools helped them see the positive aspects of Greek life.

“When I visited the schools, a lot of them talked about their very academic or service-oriented fraternities,” senior Lucas Polack said. “So really they’re focused on building a community and supporting the local community.”

Sororities and fraternities are also noticeably different, Earle said. At LSU, sororities can’t serve alcohol at parties, while fraternities can, and the average GPA of a sorority member is higher than that of a fraternity.

“Just ask around,” Earle said. “If you ever feel uncomfortable in one of these places, remember there’s no shame and no problem with turning around and walking out the door.”