The Black and White • May 17, 2018 • https://theblackandwhite.net/59790/news/boe-votes-to-move-forward-with-whitman-turf-field-despite-controversy-regarding-infill/ 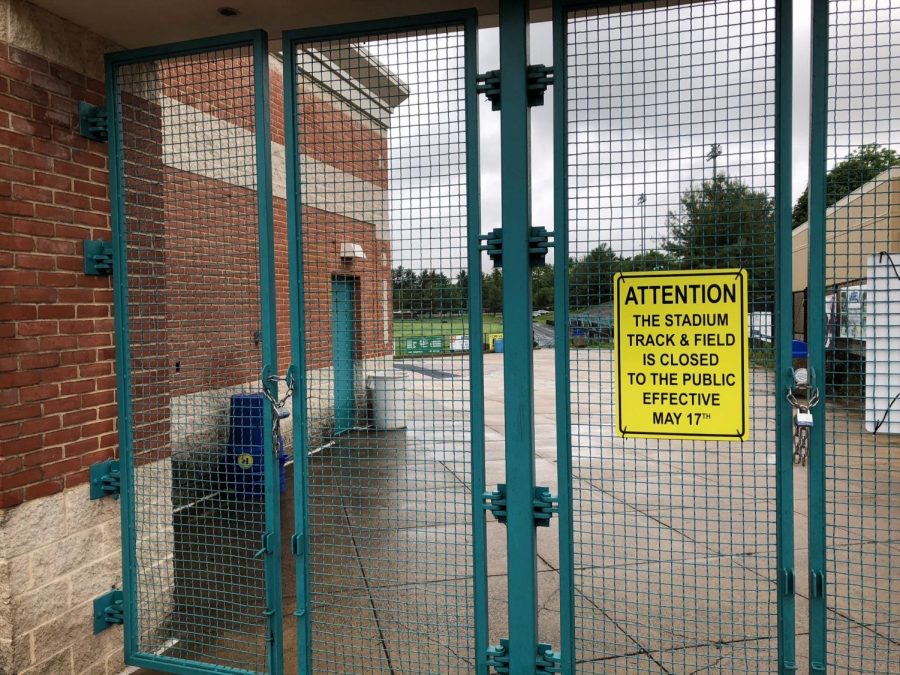 The BOE voted April 24 to move forward with the construction of Whitman's turf field this summer despite controversy over the infill material. The field will be closed to the public while construction takes place. Photo by Thomas Mande.

After repeated delays, the Montgomery County BOE approved the construction of Whitman’s turf field April 24. The field will be installed immediately after the spring sports season, and will be ready for use in the fall, MCPS official Essie McGuire said.

At the April 24 meeting, controversy erupted over the proposed infill material, ZeoFill. Several community members testified before the Board with concerns about ZeoFill’s safety and durability, and others emailed the BOE with similar concerns.

The County Council mandated in 2015 that all new MCPS turf fields use a plant-based infill; however, after hearing issues with plant-based infills drying out, the Council decided to restart the bidding process, MCPS Public Information officer Derek Turner said. This time the county requested Zeofill infill—made from clinoptilolite zeolite, a naturally occuring mineral.

“It’s a material that is natural, so it meets the spirit of the resolution of the county, but it’s also well adopted so we’re not testing out something that’s completely unheard of,” Turner said.

ZeoFill infill has risen in popularity in the last three years, following the industry’s movement away from traditional crumb rubber. The product was first used in California and has since been used in a number of other states.

Criticism of the proposal focused on the fact that ZeoFill is relatively new, and there are no long term studies proving zeolite is safe. Diana Zuckerman, president of the National Center for Health Research, emailed the Board the day before the meeting, challenging them to provide evidence of studies showing that zeolite is safe for daily use by children.

“There are several types of zeolite but they all have one thing in common: there are no publicly available data indicating that they, or any other materials used in artificial turf, are proven safe for long-term use by children or adults,” Zuckerman wrote in the April 23 email.

Others have also raised concerns about the durability of the material. Industry leader FieldTurf doesn’t use the product because they don’t feel they can offer a warranty on it and count on it lasting 10 years, company representative John McShane said.

Bruce Bagley is a consultant for a professional association of soil scientists and acted as an independent consultant to FieldTurf. Bagley predicted that extensive foot traffic would cause the material to break apart and become increasingly powdery. After prolonged material breakdown, he said the infill would be “like concrete.”

The Gilman School, a private school in Baltimore, has had problems with their zeolite- based infill.

“The zeolite we had on our artificial service has broken down and became almost a paste,” athletic director Laurie Bristow said. “It caked up a lot and then clogged the holes in which the drainage occurs, so that causes a reduction in drainage and also ended up making the surface harder.”

After just a year of using the field, Gilman’s contractor FirstForm said they had received a “bad batch” of zeolite and replaced the infill, Bristow said. However, the same problems continued with the new zeolite infill. More work will be conducted on the field this summer.

The school intends to keep its zeolite and is working to find solutions to their problems, Bristow said.

Despite the concerns voiced by community members, MCPS officials remain confident in ZeoFill. While the product has not been in use long, it’s been vetted by the ASTM, an international standards organization. Major industry organizations such as the Synthetic Turf Council and American Sports Builders Association have also rated zeolite as a safe and legitimate infill material, said Jerry Harper, general manager of Act Global, the company subcontracted to build Whitman’s field.

Harper said he had heard Gilman had received the wrong type of zeolite in the first batch that needed to be replaced; he believes their continued issues likely stem from maintenance problems, he said.

Act Global has installed more than 10 ZeoFill fields in California, and has yet to hear of any problems with the infill, Harper said.

The Maryland Soccerplex in Germantown has three Zeofill fields. While the fields have only been in use since March, the staff has been extremely happy with them so far, executive director Trish Heffelfinger said.

It takes about six weeks for the ZeoFill to work its way into the the fibers, during which time it rests on top of the fibers and can get white dust on the players’ shoes, Heffelfinger said. However, once it’s fully incorporated, you can’t see the infill at all, and the Zeofill remains set in the fibers, eliminating the “splash” that comes with crumb rubber infill, she said.

“It’s certainly something I would recommend to others to install,” she said.

Many Whitman community members are happy to have their long awaited field.

“We’re thrilled,” sports booster club president Elissa Ginsky said. “This has been in the process for three and a half years, and I think it’s going to be great for our athletes.”

Sam Shiffman and Jessica Buxbaum also contributed to this report