The Black and White • May 8, 2018 • https://theblackandwhite.net/59681/news/senior-zain-yaqub-named-bethesda-magazine-teen-of-year/ 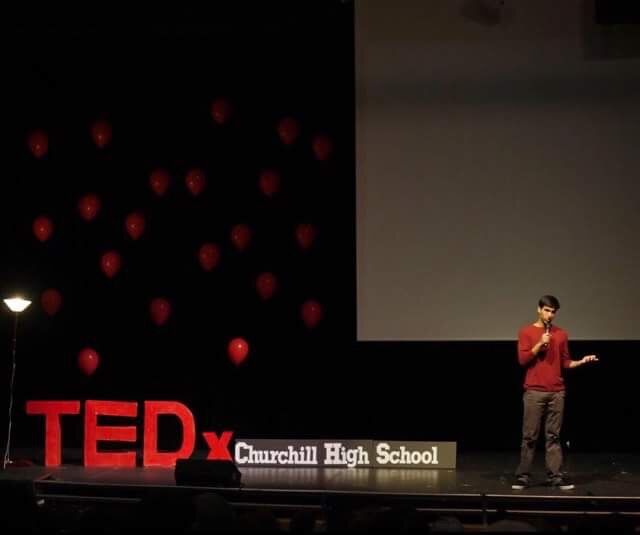 Bethesda Magazine named senior Zain Yaqub one of the top teens of 2018 for his numerous businesses, including Smart Media Management, which Yaqub designed to help companies build a social media presence.

The award, given to 10 local teens every year, recognizes students who have made a difference in their community through their talents and accomplishments. The magazine gave Yaqub the award because of his entrepreneurial accomplishments.

The award was very humbling for Yaqub, he said.

“It was a cool award and it showed the work that Yarden and I put in,” Yaqub said.

Yaqub has worked with senior Yarden Hofer to develop Smart Media Management’s presence in the community. The company has raised over $5,000 for various companies over the last 18 months. The company’s quick success surprised Yaqub, he said.

Hofer believes Yaqub’s dedication to his business ventures makes him deserving of the award.

“Zain’s been working really hard and has shown a lot of effort,” Hofer said. “He definitely makes sure the customers stay in touch with us and that everything is going right.”

The process for selecting winners in the Bethesda Magazine contest is very competitive. The magazine looks at all 76 applicants’ traits and accomplishments during the selection process for the award, editor Kathleen Neary said.

“We consider everything that is included in a student’s nomination including their interests, accomplishments, how well-rounded they are and what sets them apart,” Neary said. “Zain stood out for his accomplishments helping teenage entrepreneurs, including some teens through the National Center for Children and Families.”

In the future, Yaqub hopes to continue expanding his businesses, he said.

“We’re unsure, but there’s a possibility with some of our new clients that we’ll be able to [expand],” Yaqub said. “Hopefully it’ll continue, but we don’t know. It was a good run so it may be on to new ventures.”