The Black and White • April 29, 2018 • https://theblackandwhite.net/59594/feature/senior-designs-app-to-promote-student-mental-health/ 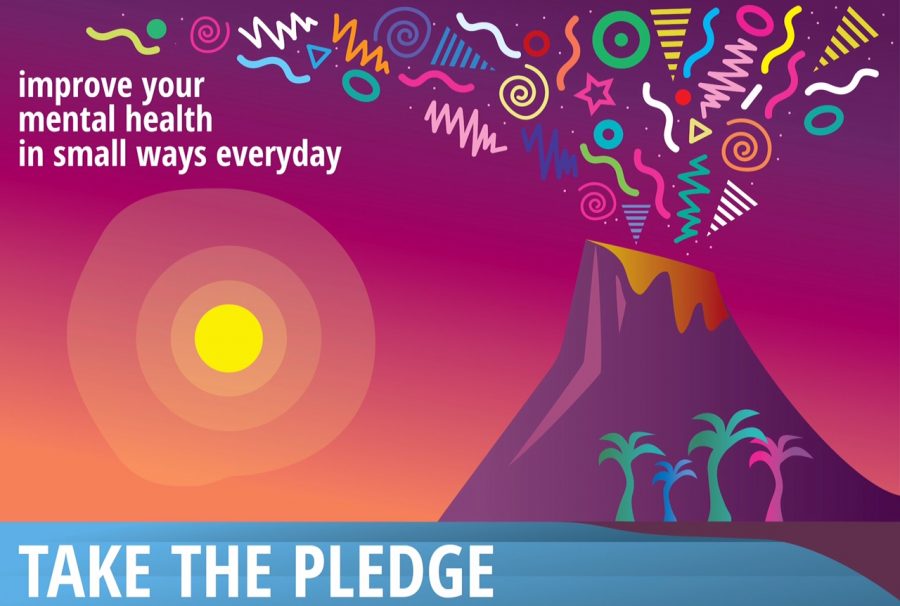 Last year, despite trying multiple medications and intensive therapy, senior Ray Crist’s struggles with mental illness reached a low point. Today, though, Crist’s once-crippling mental illness has all but subsided, and he credits his improvement substantially to the everyday strategies he learned through Dialectical Behavioral Therapy, a form of mindfulness-based treatment. By developing his own app, “Take the Pledge,” he’s now sharing some of these strategies with the Whitman community and beyond.

Crist’s app provides users with basic reminders for everyday tasks to improve their mental health. He got the idea for the app from the little things that have helped him throughout his struggle with mental illness, he said.

“I felt like people weren’t really aware that you could do things every day that were good for your mental health beyond just going to therapy and taking medication, so the app was an idea to give that to people,” Crist said.

The app provides users with four consistent, daily goals: getting eight hours of sleep, going outside for 10 minutes, turning off their phone for an hour and writing down four things they are grateful for. Each day, the app also adds a different fifth goal to the list, like art therapy, meditating or exercising.

The app also includes an “SOS” button which links users to a crisis text line, and a “more information” button which leads to a page of facts about mental illness.

The app’s design is intentionally simple, as Crist hopes to limit, not increase, phone use. Crist said he created the app partly to provide an inexpensive and simple alternative to popular mental health apps.

“I came up with the idea of an app because I’ve benefited from apps such as Calm, which I know a lot of people use,” Crist said. “The issue with apps like those is they’re very expensive, and I wanted a free alternative that students could use.”

Psychotherapist Anne Adelman, a Whitman parent and member of the Stressbusters committee, heard about the app and has since shared it with some of her colleagues. While Adelman said the app isn’t an alternative to therapy, she likes it because it encourages students to think daily about their mental health.

The app also ties together what Adelman called the four research-proven cornerstones of mental health: sleep, therapy, diet and exercise, and meditation and yoga.

“Those are all things that have a powerful correlation to mental health,” Adelman said. “I think if you think about the [app’s strategies], they’re all kind of connected to those cornerstones. That’s why I think the app is useful.”

The app became a focal point of the SGA’s mental health week and currently has over 260 downloads. Crist hopes to spread the app beyond Whitman and has contacted Department of Health representatives and other schools in the area about publicizing it.
Senior Dana Gurland has found the app helpful for improving her own mental health. While she can’t always complete all of the goals—eight hours of sleep a night is a tough one for many Whitman students—having a consistent reminder makes her much more likely to at least do the ones she can, Gurland said.

“It’s so easy, and it’s such a simple thing you can do for yourself,” she said. “It’s right on your phone anyways. They could not make it easier for you to just take advantage of the fact that ‘oh, here’s a reminder to get eight hours of sleep,’ ‘oh, here’s a reminder to think about what you’re grateful for,’ and just do something that’s really easy but that makes you feel good.”