The Black and White • March 11, 2018 • https://theblackandwhite.net/58959/feature/social-media-influence-students-to-attempt-tide-pod-challenge/ 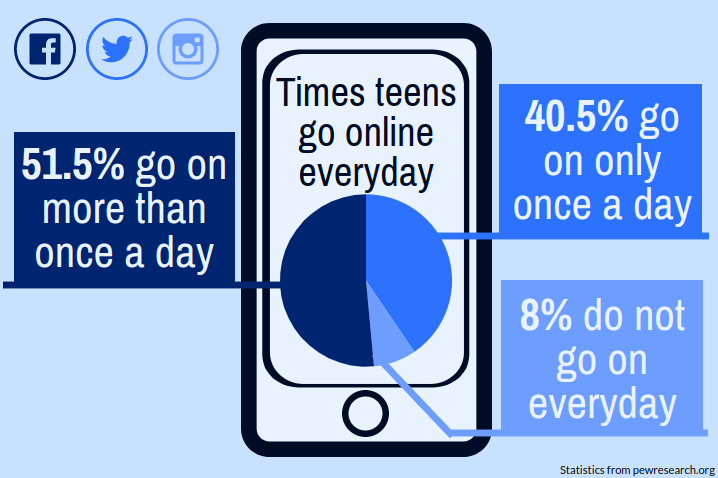 Four years ago, students’ Instagram feeds were filled with videos of their friends pouring buckets of icy water over their heads. It was the peak of the popular ALS Ice Bucket Challenge, which started as a campaign to raise awareness for Lou Gehrig’s disease and quickly turned into a popular internet fad. But the latest social media challenge—teens consuming pouches of laundry detergent—has turned lethal.

As of Jan. 22, the American Association of Poison Control Centers reported 86 cases of intentional exposure to Tide Pods among teenagers so far this year. Stephen Kaminski, CEO of AAPCC, released a statement along with the report citing serious health complications with eating liquid laundry packets.

The Tide Pod Challenge turned into an internet craze after YouTube’s Collegehumor channel posted a video of students trying the challenge and ultimately getting hurt, which ended up being shared through social media. Many teens across the country, including Whitman students, have been inspired to try the challenge for themselves.

“I didn’t actually eat it—I just put it in my mouth and it tasted like really strong soap,” junior Yussef Zaki said. “I wanted to participate in the challenge to make a meme that would be a very funny video.”

Ever since the Tide Pod Challenge surfaced on the internet, memes played a part in spreading the challenge online. These memes diffused rapidly on various social media outlets, making the challenge more tempting as it becomes a popular trend. A male sophomore suggested that memes are able to influence opinions and student actions because they’re becoming a prominent aspect of everyday life.

When students see these videos or pictures, they want to take part in the activity, senior Zach Brown said. Many teenagers were inspired to participate in these challenges by the desire to take part in the growing trend and not miss out. Clinical psychologist Anita Sanz released a statement on Slate, indicating the importance that being updated in this highly digitalized age has to teens and how it triggers a primordial fear.

“The fear of missing out is an old—actually an ancient—fear, being triggered by the newest form of communication: social media,” Sanz wrote. “Our survival as an individual within a tribe, and thus our survival as a species, once hinged on our being aware of threats both to ourselves and to the larger group. To be ‘in the know’ when we roamed around in small groups was critical to survival.”

Now, teens feel pressure from their peers to make their mark on the internet. And through online challenges, people are compelled to make regrettable decisions. Senior Piper DeLeon suggested that students wanted to take part in these challenges because they want to be included in the overall trend.

“Students want to do it because they see other people on the internet fooling around and they’re like ‘that’s pretty funny and isn’t dangerous at all,’ and then they try it,” DeLeon said.