The Black and White • February 23, 2018 • https://theblackandwhite.net/58731/news/whitman-had-highest-graduation-rate-last-year/ 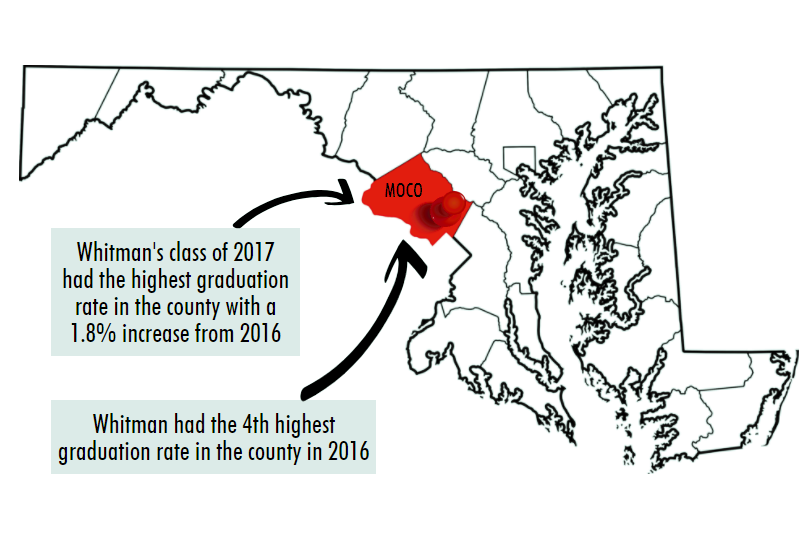 Whitman’s graduation rate for the Class of 2017 was the highest in the county, with 97.9 percent of students graduating on time, a release by the Maryland Department of Education reported.

“We’re proud of the progress we’ve made in closing gaps and maintaining one of the highest graduation rates in the state,” superintendent Jack Smith said in a press release.

Principal Alan Goodwin credits the high graduation rate to the hard work of staff and students.

“I think it’s wonderful,” Goodwin said. “All schools work hard to help their students graduate and sometimes we’re more effective at it than other times, but it’s a continuing challenge for us and every school.”

“The teachers and counselors always ensure that you take all the classes that you need to,” Murphy said. “There’s also a general sense in the community that people want to go to college and graduate high school on time.”